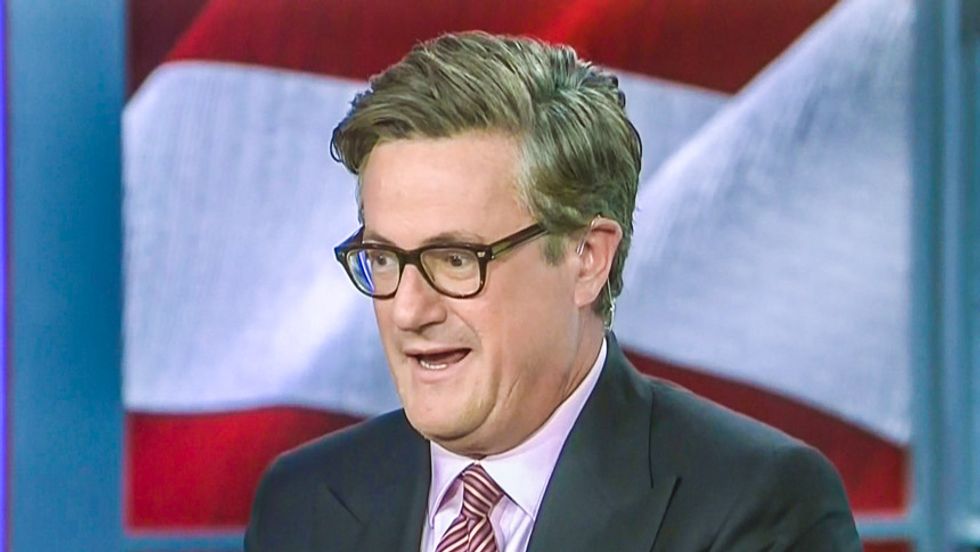 Conservative MSNBC host Joe Scarborough on Sunday insisted that African-Americans would support Republican politicians who back photo ID measures that Democrats say are designed to disenfranchise the black voters.

NBC host Chuck Todd agreed that Paul was just trying to "please the [Republican] base because the base just has this -- it's sort of a fetish."

"There are some of us that actually believe," Scarborough interrupted.

"Is there voter fraud?" Todd shot back.

"By the way, I got 50 percent among the African-American voters in my district, and I campaigned in predominantly black districts," Scarborough continued, ignoring Todd's question. "I don't think most Americans are freaked out, when you say you should show a picture ID when you go vote."

"I think the issue is sort of how many forms," Todd replied.

"It's disproportionately disadvantaging people that don't have IDs," Mitchel observed.

"Let's be clear," Gibbs asserted. "The problem in voter ID, and in restricting early [voting] is so more people won't vote."