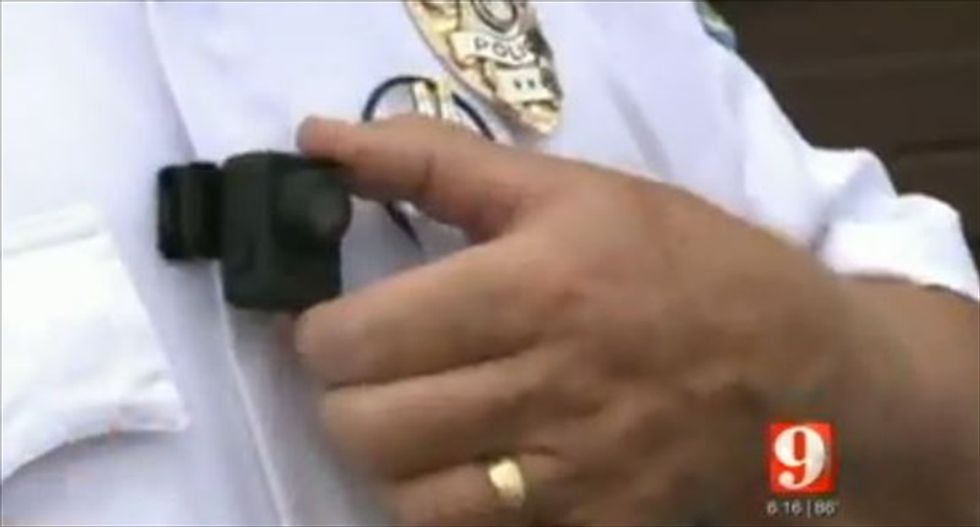 A Seattle police plan to outfit officers with body cameras was back on for early December after the agency struck an unusual deal with an anonymous programmer whose massive public-records requests threatened to cripple the program, police said on Friday.

The programmer, who operates a YouTube channel of 911 calls, surveillance and police footage, had bombarded the department with requests for video content from police cameras, which the department said it lacks the funds and staff to quickly fulfill.

The programmer agreed to drop his requests if given videos in a deal that would then see him advise the department on thorny tech issues related to public-records requests for videos, such as how to more quickly redact footage and how to store it online for easy access by the public, media and lawyers.

"Under the law, they get requests regardless of whether or not I go away, and they view what I do as part of the solution," the programmer, a man in his 20s, told reporters at a joint news conference with police in which he declined to reveal his identity.

In Washington state, which has some of the most robust open records laws in the nation, police reports and almost all other information about officers' contact with citizens is accessible to the public.

The department, which has been under federal monitoring since 2012 following an investigation into incidents in which officers appeared to engage in excessive force, particularly against minorities, would begin a body camera pilot program in December, with 1,000 officers participating by 2016.

The debate over police body cameras gained national attention following the August shooting death of an unarmed black teenager by a white officer in Missouri and the conflicting witness accounts of the incident.

Advocates say the technology would reduce police misconduct and collect criminal evidence while opponents, including many police officers themselves, say the cameras could violate citizens' privacy.

Seattle Police Chief Operating Officer Mike Wagers said the department was hosting a forum on Dec. 19 for the programmer and any others in the city's thriving tech community who would like to offer solutions for efficiently sharing videos with the public.