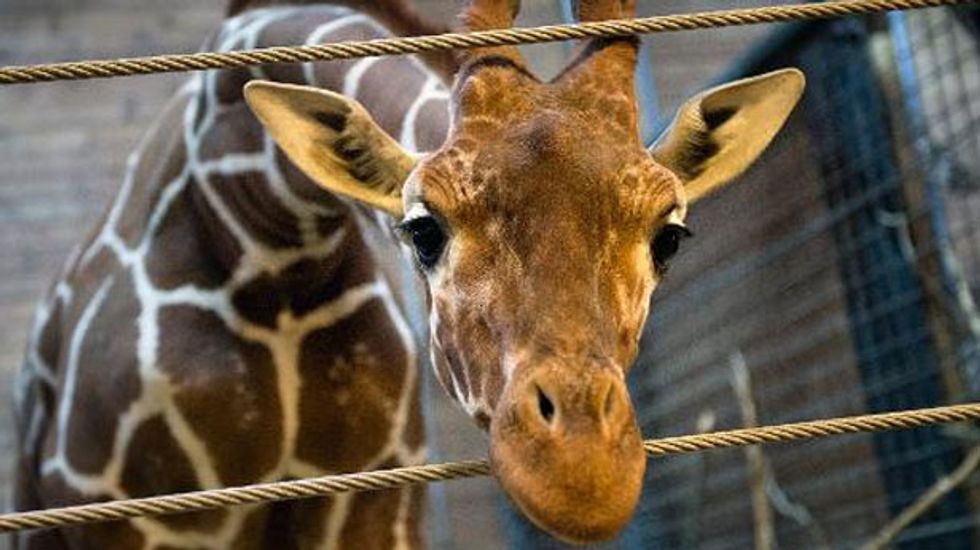 A mystery bidder recently paid US$50,000 to name Dallas zoo’s latest baby giraffe. As we humans know, your name significantly affects your life. It has been shown to influence your career choice, a phenomenon called nominative determinism (think of Sarah Blizzard the weather presenter), or whether you will get that job interview in the first place. Because without even meeting you, people form opinions about you based on your name. My wife likes to remind me she married me because she will be forever Young.

We can’t yet conclusively say whether other species of animals have names. Of course, many can be identified by sight or smell, but these are not something the animal actively emits to announce its presence.

Until now dolphins are the only other known species with an auditory label. They have what we call signature whistles, which they use to identify themselves and seem to function to co-ordinate the movement of their group.

It’s easy to see why zoos name their attractions – celebrity animals such as Jumbo the elephant who lived in London zoo in the 1860s have become legend. But what of us scientists, who are supposed to ignore such matters in favour of objective reality, should we name our subjects?

In most experiments, scientists must identify their subjects as individuals. Technically, we should identify our animals in a neutral manner; for example, by using numbers to avoid inducing bias into our experiments. But what about lucky number 7, jinxed number 13, or 666 the number of the beast?

Zoologists studying mammals in the field or in captivity may have numbers for their subjects but they often have “pet” names for their animals. It would seem humans cannot resist giving names to certain types of animals.

Over the years I have set up or been involved with a number of research projects where we have had to identify our animals. I have always started out with the good intention of using neutral identifiers, but my postgraduate students/fieldworkers – usually the ones who really spend time with the animals – are the name-givers.

Mammals are by far the most frequently named group of animals. Others just tend to get stuck with a number unless the species is particularly large or an individual has a notable trait such as One-Eye the fish.

Primates are virtually always given names. Some wild primates have become famous and it is hard to imagine this could happen if they did not have a name. Anyone who is fascinated by chimpanzees knows of Flo studied by Jane Goodall who had her obituary published in the Sunday Times. Another of Goodall’s subjects was called Satan and she was criticised for this name, as it could bias her interpretation of his behaviour.

Many primatologists name their animals using the first letter in a name to indicate relatedness. Thus, my first habituated to humans group of titi monkeys was known as group D and contained Desbotado (faded), Diana and Diego. When I asked my postgraduate students why they chose the name Diana, not a common name in Portuguese, they said, “because she looks like a princess”.

I always tell my postgrads to savour their field time because all too quickly they could end up stuck at a desk like me. However, my situation is lightened by my primatology students with their stories from the field, which have an almost soap opera-like quality to them – of who did what to whom. And of course without names none of this would make sense. Giving an animal a name helps people to relate to them.

But the danger of anthropomorphism – ascribing human qualities to animals – rears its ugly head. Can we objectively evaluate the behaviour of a monkey that we think looks like a princess? Or a naughty individual we have affectionately called Asbo?

Animal subjects are frequently named by human observers in honour of their academic mentors. Swinging around the rainforests of Brazil is a northern muriqui called Robert Young.

Such anthropomorphising of certain species is difficult to stop. From a scientific perspective we need to be aware of it and take steps to eliminate any biases which it might induce in our research.

For example, we could have one set of people who record the behaviour of the animals with a video camera and a second set of people, who do not know the animals, who collect their behaviour from the video. This is what we scientists call a blind experimental design.

Naming your experimental subjects is a double-edged sword: it seems to spark fascination in researchers but it may cloud their judgement of their subjects' behaviour.

By Robert Young, University of Salford

Robert Young does not work for, consult to, own shares in or receive funding from any company or organisation that would benefit from this article, and has no relevant affiliations.