SNL's Chris Christie to Megyn Kelly on Ebola: 'With all due respect, you need to shut the Hell up' 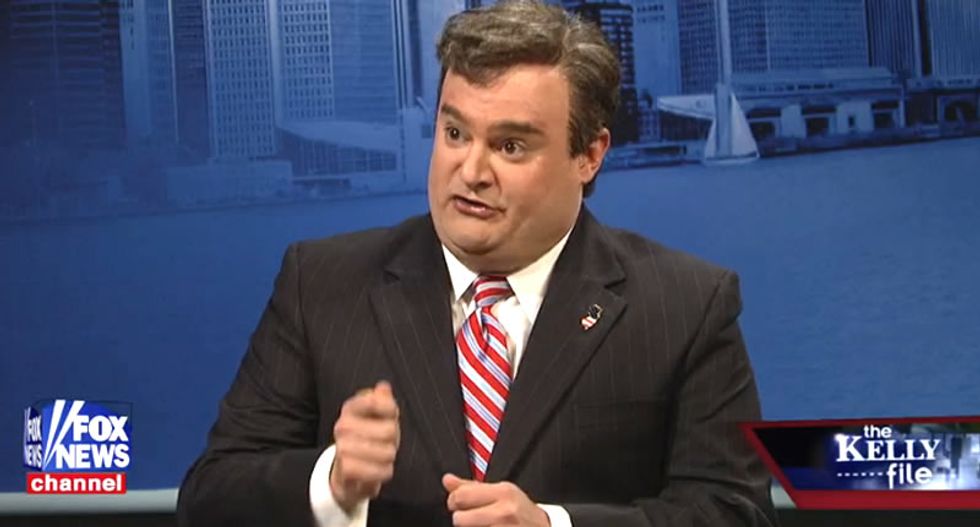 "Governor, what do you say to Hickox's claim that her quarantine was inhumane," Kelly asked.

"With all due respect, Megyn, you need to shut the Hell up," he replied. "Ms. Hickox got a tent in a parking lot with her own Port-a-Potty. In Jersey, that's called a luxury condo."

"Look, my only job is to protect the people of New Jersey, and believe you me, they need protection. Their immune systems are already under attack from tattoo-infections, and tainted whale-vodkas and jet fumes."

"Now, some are saying the White House pressured you into reversing your policies," Kelly noted.

"Our policy has not changed," he replied. "If you present symptoms, you will be quarantined. But, if I then get a call from President Barack Obama, the man who visited me," he said, choking up, "for almost three hours during the worst of Hurricane Sandy, and stood with me on that beach, windbreaker-to-windbreaker. How do you say 'No' to a man like that?"

Kelly then allowed Hickox to tell her side of the story.

"So," Kelly asked, "what have you been doing since you broke quarantine?"

"I took a dip in a public pool," she replied. "Volunteered at a kissing booth. For Halloween I handed out about a thousand loose M&Ms with my bare hands."

"Many people have said you're being awfully cavalier about this," Kelly responded.

"That's because many people are intimidated by a smart, strong woman who has lost her mind," Hickox replied. "I stood up to Ebola, Megyn. I'm not about to be intimidated by a governor who looks like a cartoon on a pizza box."

Watch the entire cold open via Hulu below.