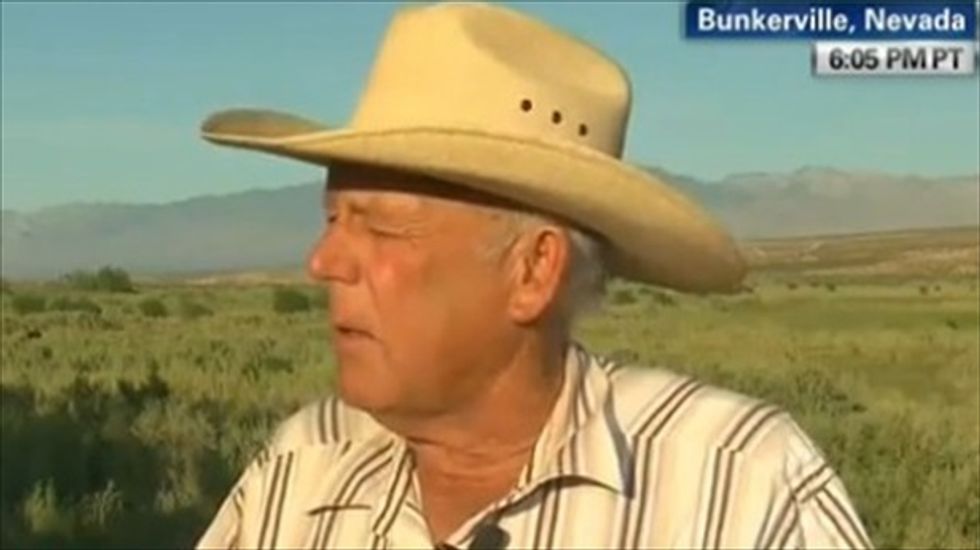 Ammon Bundy, son of tax-avoiding Nevada rancher Cliven Bundy,  discovered he is on the US Government Terrorist Watchlist on Saturday when he attempted to fly with his 12-year-old daughter  to Salt Lake City from Phoenix for an event.

Writing on Alex Jones' conspiracy website InfoWars,  Bundy claims he was put on the watchlist by Senate Majority Leader Harry Reid (D-NV), stating Reid  "without due process, has declared me, for life, as a Domestic Terrorist."

Bundy, whose father orchestrated an armed showdown with federal officials when they attempted to confiscate cattle  being illegally grazed on federal land,  previously had a run-in with the law when federal agents tasered him during a confrontation at Bundy's Bunkerville Ranch. Video of the tasering went viral, drawing militia groups and  sovereign citizens to the ranch leading up to the armed stand-off.

In Bundy's first person retelling of his attempt to fly, he writes that a TSA agent gave pause when seeing his name.

"Everything was going as planned until we came to the Gate B check station and the first TSA agent looked at our boarding passes," he wrote. " He seemed a bit alarmed and asked me if my name was Ammon, I told him yes, he then circled my name and sent me down the line. I could tell there was suspicion but thought it may be because my daughter was a minor, or because my name is unusual and sometimes taken as Arabic."

Passed along further down the line, Bundy and his daughter were then pulled aside and directed to an area where TSA agents  "... confiscated all of our possessions along with the normal clothing checked such as my boots, belt jacket and so on."

According to Bundy, he asked why he was receiving the extra scrutiny and an agent told him that his boarding pass carried a "SSSS" (Secondary Security Screening Selection) designation  used to highlight passengers for additional inspection. Bundy claimed the agent told him, "... this will happen every time you fly because you are marked."

"The whole thing was very interesting to me. I thought to myself, 'WOW, Harry Reid really does have me tagged in the federal database as a Domestic Terrorist', " Bundy wrote. "I have never been charged and prosecuted with anything in my life, and yet Senator Reid, without due process, has declared me, for life, as a Domestic Terrorist. He unilaterally named me, Ammon Bundy, a terrorist against the people of this country, the people I love and would so willingly to give my life for."

Bundy claimed that the process caused him and his daughter to miss their flight and he went to the US Air counter to get a refund which was first denied, until he showed them his boarding pass with the SSSS on it and explained why he thought he had been pulled aside.

According to Bundy,  a refund was issued with one ticket agent saying, “that sends chills up my spine that they would do that to you”.

Bundy did not offer any evidence that Senator Reid had him placed on the watchlist.