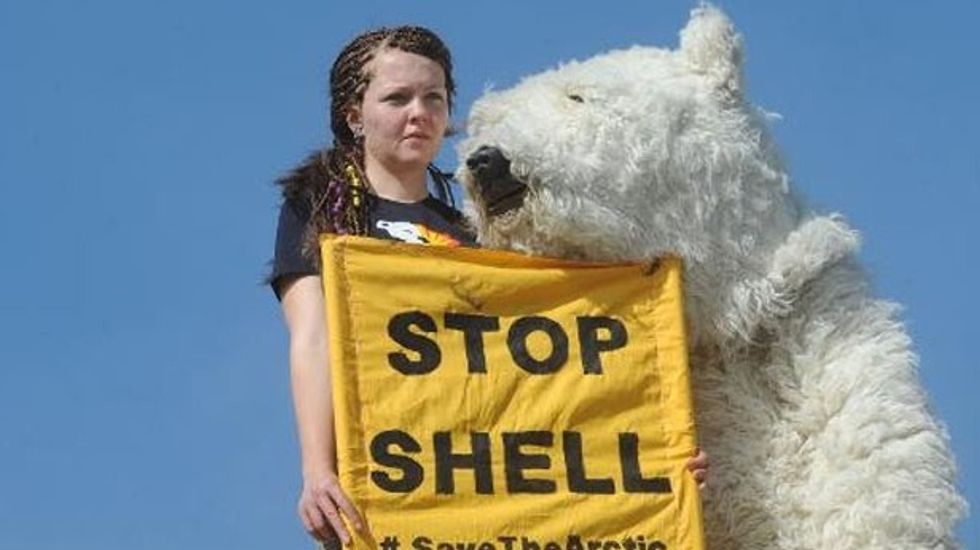 Spain seized a Greenpeace ship on Tuesday after activists approached a vessel belonging to petroleum firm Repsol as part of protests against oil exploration off the Canary Islands, the organisation said.

The Arctic Sunrise had been off the Canary Islands for several weeks as part of Greenpeace's campaign against oil exploration in the area, and the same ship was boarded a year ago by Russian authorities.

Spain's equipment ministry said a "case had been opened against Greenpeace for not respecting an exclusion zone banning navigation and fishing," but did not confirm that the ship had been sequestered.

The ship's captain, a US national, "cannot move until a 50,000-euro bail is paid," said Julio Barea, a spokesman for the NGO.

On Saturday, activists from the Arctic Sunrise using smaller boats sought to approach a vessel belonging to Spanish firm Repsol, which is heading up exploration efforts that began on Tuesday.

Three navy boats intercepted the activists by ramming them, video distributed by Greenpeace showed, and an Italian protester fell in the water and was injured.

The defence ministry at the time alleged that Greenpeace intended to board the Repsol vessel, violating a maritime exclusion zone. The NGO said it was only seeking to protest peacefully.

The beaches of the Canary Islands, an Atlantic archipelago, are a popular draw for tourists from Britain, France and elsewhere.

The Arctic Sunrise was boarded and seized in September 2013 by Russian authorities and held until June 2014.

The ship flying a Dutch flag was boarded over a protest at a platform for Russian gaz giant Gazprom.

Thirty activists were first charged with piracy and hooliganism before being released on bail in November 2013 following a wave of international protests.