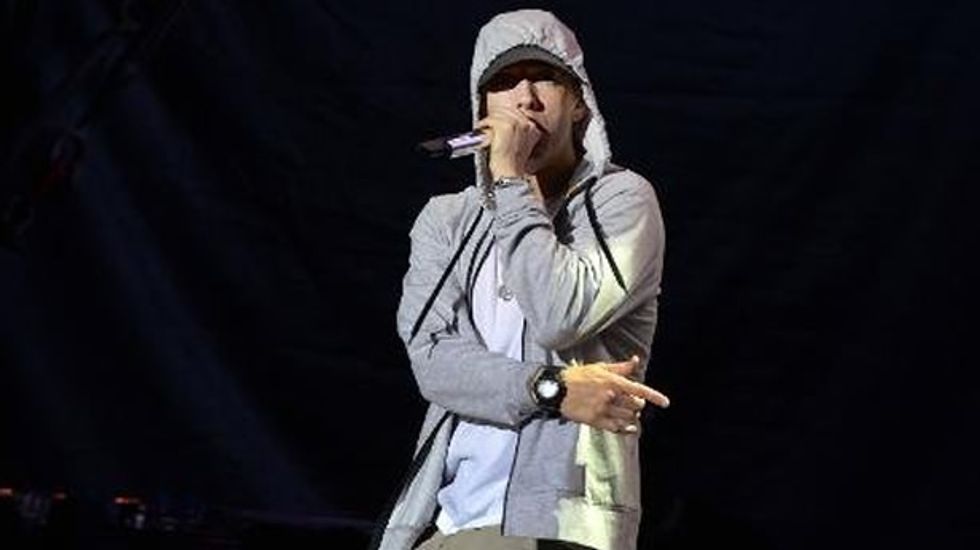 US rapper Eminem performs on August 22, 2013 during a concert at the Stade de France in Saints-Denis, near Paris (AFP)

A case before the U.S. Supreme Court concerning threats that a Pennsylvania man made toward his estranged wife and others on Facebook could hinge on how the nine justices interpret the sometimes violent imagery in rap lyrics.

The justices, not known for their pop culture bona fides, are set on Monday to hear a one-hour oral argument in an appeal filed by Anthony Elonis. He was convicted for making threats aimed at his wife, law enforcement officers and others after posting statements on Facebook in 2010 soon after his wife left him. They are now divorced.

The posts were mostly in the form of rap lyrics in which he fantasized about committing violent acts. One recounted a visit by an FBI agent in which he imagined murdering her: "Pull my knife, flick my wrist, and slit her throat/ Leave her bleedin’ from her jugular in the arms of her partner."

It is unclear how much the justices, four of whom are over 70, will focus on the rap lyric element of the case. When it comes to music, the justices are associated more with opera than rap, with Antonin Scalia and Ruth Bader Ginsburg regularly attending performances together.

Elonis' lawyers say his statements are little different from lyrics written by performers like rapper Eminem. In his 2000 song "Kim," Eminem rapped about killing his wife and putting her body in the trunk of his car.

Double standards are at play, Elonis' lawyers say. Elonis was prosecuted and spent more than three years in prison while Eminem won a Grammy award for the album that included "Kim."

Elonis, who is from eastern Pennsylvania and was 27 when he made the statements, testified at trial one of his posts was based on another Eminem song.

Some academics who study rap have filed court papers supporting Elonis. They cite lyrics by other rap artists including Wu-Tang Clan and Jay Z.

"It's a genre that often seems violent and threatening when it isn't," said University of Richmond assistant professor Erik Nielson, who participated in the court filing.