Supreme Court to hear challenge to key part of Obamacare 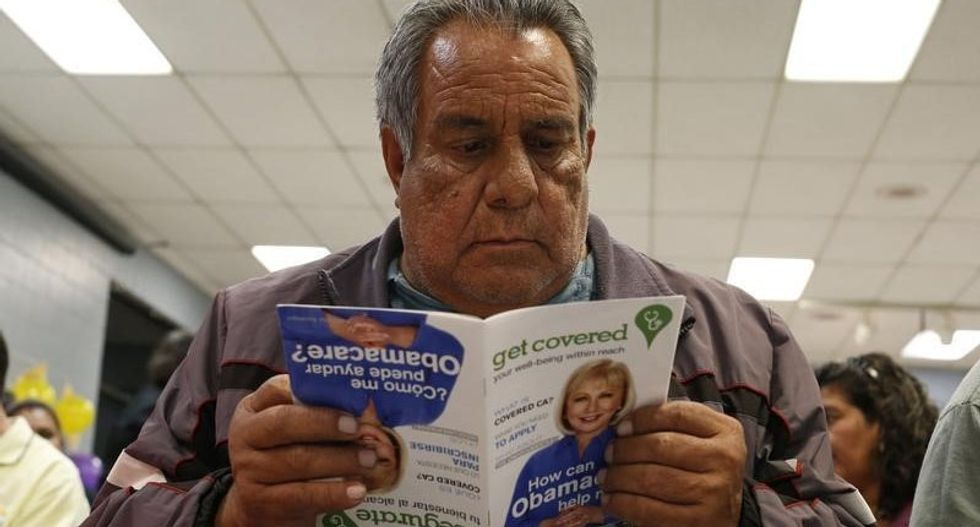 Jesus Dominguez, 63, who does not have health insurance, reads a pamphlet at a health insurance enrollment event in Cudahy, California March 27, 2014. REUTERS/Lucy Nicholson

The U.S. Supreme Court agreed on Friday to hear a legal challenge to a key part of the Obamacare health law that, if successful, would limit the availability of federal health insurance subsidies for millions of Americans.

In a one-sentence order, the court said it would decide a case brought by conservative challengers of the law. The plaintiffs have appealed a July ruling by the 4th U.S. Circuit Court of Appeals that upheld the subsidies. The nine justices will issue a ruling by the end of June.

The legal battle is over whether subsidies that are key to the implementation of the 2010 Affordable Care Act, known as Obamacare, should be available in all 50 states or only in some.

The most sweeping overhaul of the healthcare system in decades and the signature domestic accomplishment of President Barack Obama's first term, the healthcare law set up health insurance exchanges and tax-credit subsidies to help people afford insurance premiums.

In 2014, 8 million consumers signed up for healthcare via the exchanges. The plaintiffs are business owners and individuals who object to the law. They say that, based on the language in the law, the subsidies may only be paid in states that have their own online health insurance exchanges.

Thirty-six states do not have exchanges of their own. Five million people could be affected, analysts have estimated, if the administration loses the legal fight and subsidies disappear from the federal marketplaces that have been set up in states that did not create their own exchanges.

The court’s decision to hear the case is somewhat surprising as there is no split among federal appeals courts on the issue.

In July, a three-judge panel of the U.S. Court of Appeals for the District of Columbia Circuit struck down the subsidies, but the court later threw out that ruling and decided to rehear the case. Oral arguments in that case are scheduled for Dec. 17.