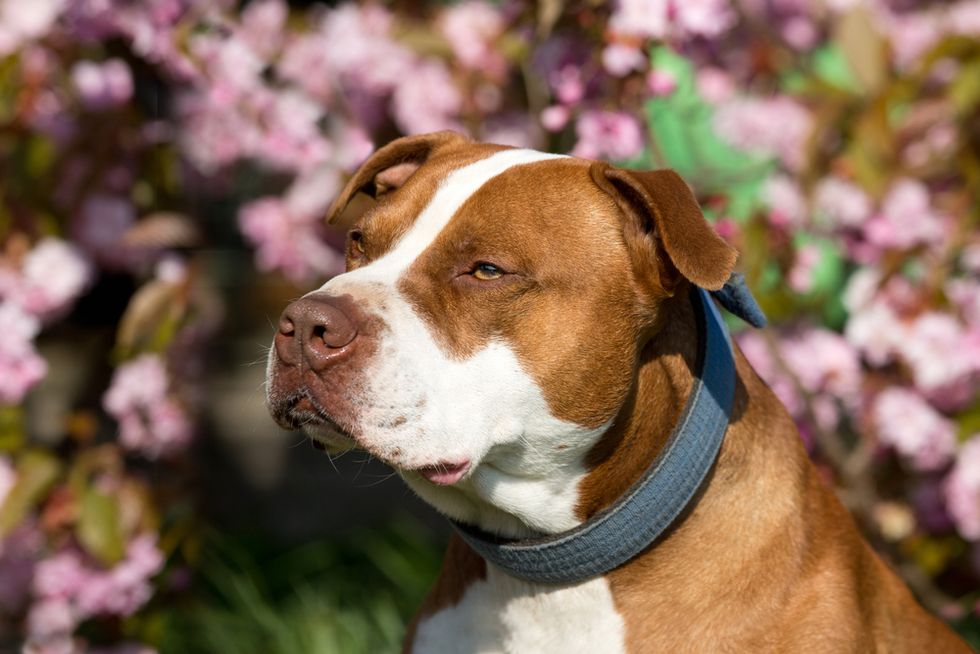 Image of pit bull (via Shutterstock.com)

The owner of three pit bulls and a pit-bull mix is seeking up to $1 million in damages after her dogs entered the Houston-area property of her neighbor and fatally attacked her neighbor's 10-year-old beagle.

Emerald White said she was trying to retrieve her four dogs from her neighbor's yard when the beagle attacked her, causing her dogs to attack, the lawsuit said.

The beagle's owners, the Baker family, said the pit bulls broke into their yard and started the incident that left their beagle, Bailey, dead a few minutes after the attack ended in the Houston suburb of Texas City.

White's attorney, Paul LaValle, told local broadcaster KHOU-TV: "I’m getting the hate mail and the death threats. They have a very good PR campaign working for the family that owned the beagle."

White's lawsuit said her neighbors were negligent and that she suffered from mental anguish, disfigurement, pain, loss of earnings and a fear of future disease because of the beagle attack.

The Baker family told KHOU-TV it had no plans to sue White because it would not bring their dead pet back.

"Bailey ... laid up next to the house and died," Steve Baker told the broadcaster.