The new Republican Congress could kill nuclear deal with Iran 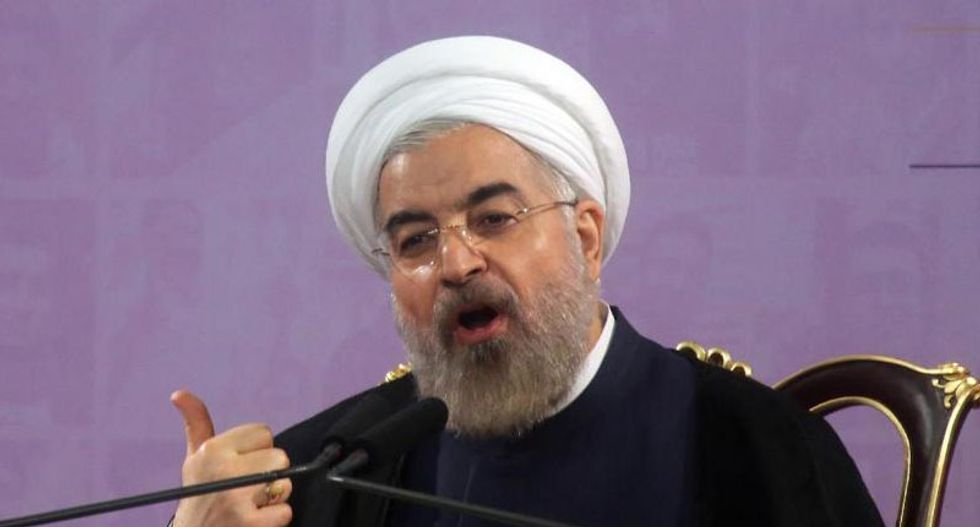 After the election drubbing suffered by his Democrats, President Barack Obama will face a Republican-controlled Congress critical of his foreign policy -- and which could rebel against any eventual Iran nuclear accord.

Aside from the war against the Islamic State (IS) group in Iraq and Syria, Tehran's nuclear program is undoubtedly the top foreign policy issue before Congress, with negotiations between the Islamic republic and world powers coming down to a November 24 deadline.

Until now, the Obama administration has essentially had a free hand in its handling of the negotiations.

Through his Democratic allies in the Senate, the president has managed to squelch any expansion of punitive sanctions against Tehran -- measures introduced by lawmakers skeptical of Iran's efforts.

But the new Republican-controlled Senate likely will not show the same deference as Democrats, should Obama agree to extend the talks.

"It's hard to imagine an extension being palatable on the Hill without something in return, without some sort of consequence for Iran," a senior Republican congressional staffer told AFP.

"There's a fairly strong consensus in this town that Iran does not feel urgency."

Lawmakers from both parties are already holding behind-the-scenes discussions over which tack to take once the new Congress opens on January 3, the aide said.

"If the Republicans control the Senate and these negotiations are continuing with no significant result, my assumption will be that the Republicans will move some kind of legislation," predicted Mark Dubowitz, an expert who advocates for tougher sanctions on Iran and has testified before Congress on the issue.

A draft bill prepared by Democratic Senate Foreign Relations Committee chairman Robert Menendez and Republican Senator Mark Kirk -- which would trigger sanctions against Iran at a predetermined date if no final deal is reached -- could serve as a base text, said Dubowitz.

The situation could boil over into a confrontation at the start of the year, experts say.

Lawmakers "might try to pass something that increases sanctions and flies in the face of the administration's policy," said Gordon Adams, a professor of international relations at American University in Washington who served in Bill Clinton's White House.

"But if they do that... the president will veto it."

US tradition dictates that the commander-in-chief is the sole defender of American interests in the face of foreign threats, and all sanctions include waivers that the president can invoke in the name of national security.

In the end, Adams said, "the reality is that the Senate doesn't make policy -- it oversees and criticizes policy."

Republicans are also likely to use the Senate as a platform for criticizing administration policy on battling IS fighters in Iraq and Syria, although they share the ultimate goal of defeating the jihadists, according to Will McCants of the Brookings Institution.

"They're just going to question what the Obama administration has done to this point to arm the rebels, and they would be skeptical of the administration's claim that it's moving aggressively to create a credible opposition force" to Syrian President Bashar al-Assad, McCants told AFP.

Lawmakers have given the US leader until December 11 to present a convincing strategy -- that date marks the expiration of congressional authorization to train moderate Syrian rebels, a plan that was adopted in September.

For Bob Corker, who is poised to take the helm at the Senate Foreign Relations Committee, "there is not a strategy" from the administration on Syria.

But Republicans, like Democrats, do not speak with a single voice -- there are national security hawks like Senator John McCain and there are those less inclined to back American interventionism abroad.

Congressional debate on the continuation of the use of military force against the IS group will not take place until January, according to House Speaker John Boehner.