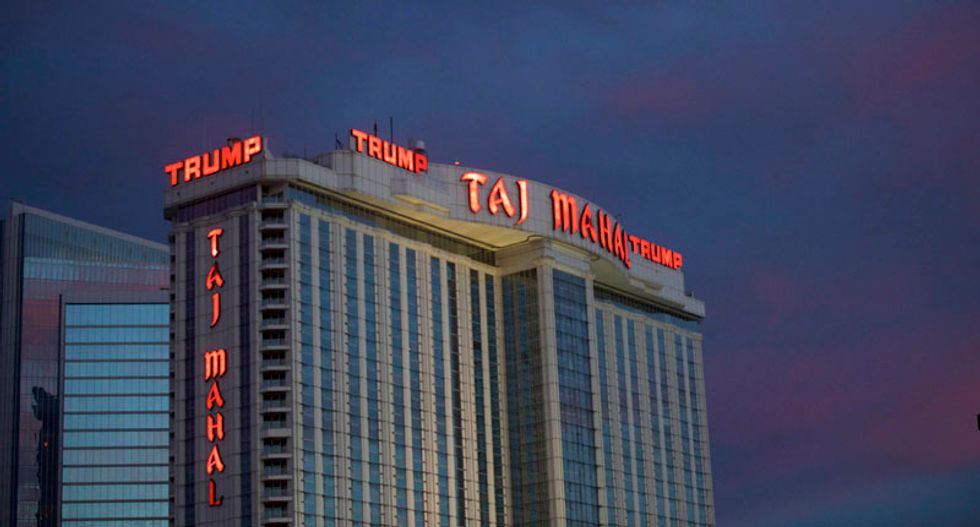 (Reuters) - The planned closure of the Trump Taj Mahal Casino in Atlantic City will occur within four weeks, as it joins four other gambling establishments that have shut their doors this year in the faltering New Jersey resort city, according to court papers filed on Friday.

Trump Entertainment Resorts Inc, which operates the Taj Mahal, filed for bankruptcy in September as it outlined plans to close the casino, which has suffered declining gambling revenue and falling occupancy in its 2,000 rooms, around Nov. 13. The Taj Mahal this year had more than 3,000 workers on its payroll.

That closure plan was delayed after the company won court approval to cut pension and benefits of employees of the establishment modeled after the Taj Mahal monument in India. State and local governments have balked at offering tax concessions.

Attorneys for Trump Entertainment Resorts said in papers filed in federal bankruptcy court on Friday that because the owners of the casino "had not obtained the tax relief and incentives" they had sought, the company's board of directors approved closing it around Dec. 12.

Atlantic City's casinos have lost their appeal and gambling dollars to dozens of rivals in other U.S. states, with gaming revenue nearly half its 2006 peak of $5.2 million.

"I am very sorry to hear that the Trump Taj Mahal has decided to close on Dec. 12," Atlantic City Mayor Don Guardian said in a statement.

"I know this is a very difficult time for all the employees who will be losing their jobs. I want them to know that the city of Atlantic City did everything they could to help keep the Trump Taj Mahal open. However, they still must pay their fair of taxes, just like our residents do," he added.

Four other Atlantic City casinos, including the Trump Plaza which was operated by the owner of the Trump Taj Mahal, have already closed in 2014. The year began with 12 casinos in the city that is the second-largest U.S. gambling destination after Las Vegas.