Obama's immigration address has conservatives flipping out: 'most racist speech ever' 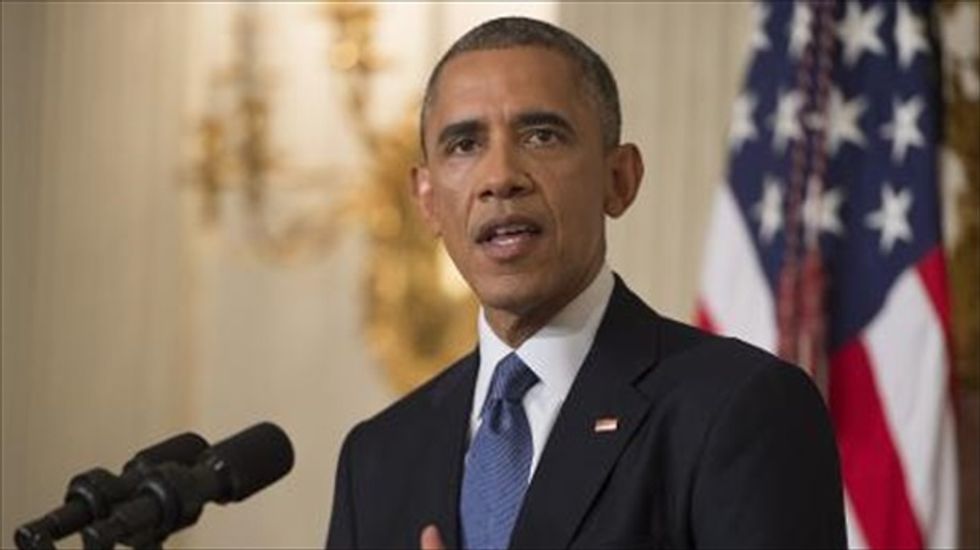 Conservatives took to Twitter Thursday night to express their dismay with President Barack Obama's speech granting amnesty to approximately 5 million undocumented workers, before calling it "the most racist speech ever."

In Obama's White House speech announcing his executive order shielding the 5 million undocumented immigrants from deportation and granting work permits to some, the president asked whether we as a nation shouldn't "tolerate the hypocrisy of a system where workers who pick our fruit and make our beds never have a chance to get right with the law?”

Reacting to the president's reference to the low-paying jobs the undocumented workers are often forced to take, conservatives seized upon the reference to "workers who pick our fruit," claiming the president insulted the immigrants as "fruit pickers."

Twitchy focused on one tweeter who calls herself, SúperLEGALImmigrant, who initially wrote, "And why does Obama think that we’re all fruit pickers?"

Comments that followed included "LoL. Obama just called Mexicans 'fruit pickers' and got away with it? Wow." and "So far Obama has classified illegals as fruit pickers, house cleaners, and landscapers #racistmuch."

Another wrote, "Obama characterizing Latinos as 'bed makers' and 'fruit pickers' isn't stereotypical and bigoted at all. No. No." while another added, "I'm gonna stop saying illegal aliens and just call 'em fruit pickers. Obama thinks it's okay."

From there, conservatives turned to attempting to make #fruitpickers a trend on Twitter, with one writing "Hey all you #fruitpickers must be super proud of your Potus. Wanna leave yet?"

Taking another tack, conservative writer AJ Delgado noted the president's reference to deportations that could separate children born the United States from their undocumented parents. In his speech, the president asked, "Are we a nation that rips children from their parents' arms?"

Delgado responded by posting Alan Diaz's Pulitzer Prize-winning picture from 2000 of Cuban refugee Elián González being rescued by federal agents after distant  relatives refused a court order to return him to his father. Delgado wrote, "Are we a nation that rips children from their parents' arms?" Only if they're Cubans.?"

In responses to Delgado, several commenters noted that the government was attempting to return González to his father in Cuba after his mother perished while attempting to bring the child to the United States illegally by boat. The man holding González in the picture was Donato Dalrymple, who was unrelated to the boy and also undocumented immigrant who arrived on the same boat.

A sampling of the tweets below:

Obama characterizing Latinos as "bed makers" and "fruit pickers" isn't stereotypical and bigoted at all. No. No.
— Matt Murphy (@Matt Murphy)1416532370.0