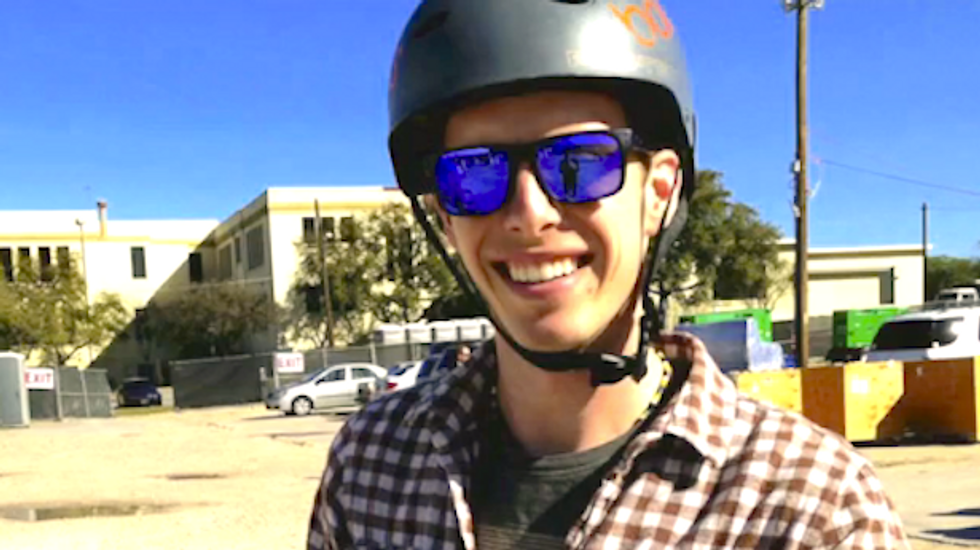 The family of a Texas college student gunned down outside his apartment by a campus police officer said authorities have ignored or refused to turn over key evidence in their response to a lawsuit.

The shooting gained national attention after witnesses reported that the officer never warned Redus before emptying his gun on the student after he made a derisive remark.

At least two of the shots could have been lethal, according to the medical examiner.

The student’s family filed a lawsuit May 6 in state court against UIW and the officer, and they issued a public statement in response to a recent filing by attorneys for the private Catholic university.

The university says the suit alleges Carter violated the student's civil rights and wants the case moved to federal court, which takes much longer to go to trial due to a backlog of cases and shortage of judges, but the family said they have charged the officer with only negligence and wrongful death.

Family members said they expected UIW to deny the allegations, but they were stunned that the university’s attorneys ignored reports compiled by Alamo Heights police and the medical examiner.

The family said UIW’s attorneys denied evidence of gunpowder burns, which indicate the two lethal shots were fired at “virtual point blank range,” and did not acknowledge evidence that showed the shots came from two different directions.

The university also claims that Carter did not call his attorney after Alamo Heights police arrived to investigate the shooting, which was outside Carter's jurisdiction, but that contradicts information provided by the department as part of its investigation.

“They have chosen Mr. Carter's account even when it is incompatible with the physical evidence,” the family said in a statement.

The university’s attorneys have also asked a federal judge to order attorneys for Redus’ family not to publicly release audio and video evidence recorded during the fatal encounter.

They filed a motion Friday seeking the expansion of a confidentiality and protective order signed last month by the judge to include audio recorded by a device worn by Carter on his uniform and video from a rear-facing camera in his police truck.

According to court records, the devices recorded a fight between Redus and the officer and the fatal shooting shooting.

Alamo Heights police previously denied the public release of the recordings, citing the ongoing criminal investigation, but they released the recordings to UIW.

UIW doesn’t want to release the recordings to the Redus family or their attorneys, claiming that they would release the evidence to news media.

"It is reasonable to believe without a protective order the news media will release the audio, or more predictably, only soundbites of the audio in order to sensationalize the case," UIW’s attorneys argued in their motion.

The case has not yet been presented to the grand jury, and the district attorney – who lost her Nov. 4 re-election bid -- has not said whether she would present the evidence before her term expires at the end of the year.