US could delay troop withdrawal from Afghanistan 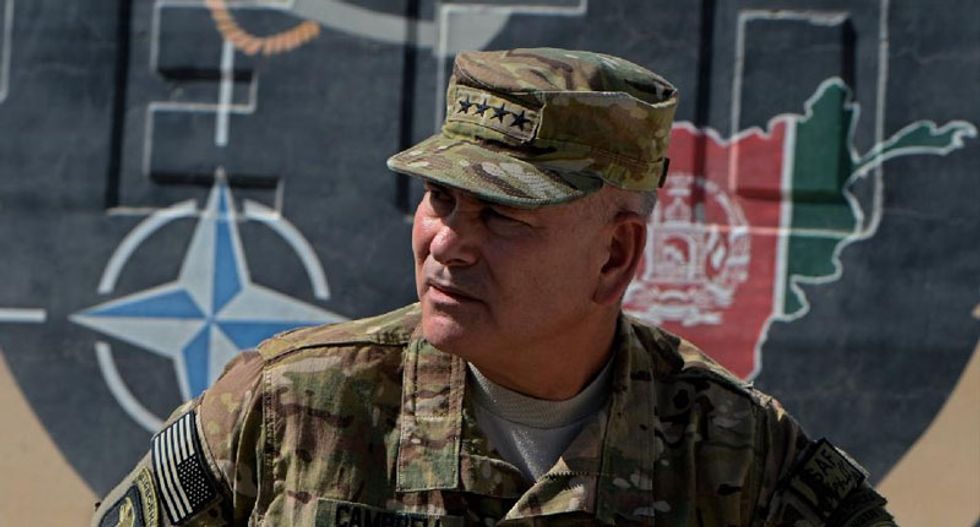 US commanders are weighing a delay in the withdrawal of American troops from Afghanistan after the country's protracted election set back preparations for the transition, Washington defense officials said Wednesday.

Under the current plan outlined by President Barack Obama, the US force will dwindle to 9,800 troops by January along with roughly 2,000 allied forces, and all American soldiers will be out by the end of 2016.

But after a months-long electoral dispute that postponed the signing of a crucial US-Afghan security agreement, there are questions about the readiness of Afghan forces and whether allied governments will have arrangements in place for their troops to deploy by 2015, officials said.

Pushing back the timeline is "an option" that is being looked at, but no decision has been made, said one Pentagon official, who spoke on condition of anonymity.

"They are looking at the troop numbers to see if they can hit their mark," the official told AFP.

The new head of the NATO-led force in Afghanistan, General John Campbell, and other senior officers are reviewing whether a larger force needs to stay in place longer than initially planned, officials said.

"Right now he (Campbell) is comfortable with the current plan and timeline," said another military official who asked not to be named.

But "there are variables which need to be considered, such as the delay in the elections," as well as a new Afghan president, Ashraf Ghani, and the performance of Afghan forces, the official said.

"He is looking at risks to mission and risks to force and trying to find the right balance," he said.

Obama has vowed to end America's military presence in Afghanistan and a recommendation from top brass to alter the troop drawdown pace could present the US president with a difficult dilemma.

Lieutenant General Joseph Anderson, the number-two ranking officer in Afghanistan and head of the International Security Assistance Force (ISAF) joint command, separately told reporters that Afghan efforts to prepare for the end of ISAF's combat mission had been set back by the drawn-out election.

"The government of Afghanistan, the current president (Ghani), is concerned about the time they've lost" because the bilateral security agreement with Washington was only recently signed, Anderson said via video link from Kabul.

"It's cost them a lot of money," said Anderson, referring to the effect of the delay on Afghan forces. "It's cost them time to get their systems in place. That's everything from pay rolls to contracts, to budgets, to logistical forecasting."

Officials said it was too soon for Campbell to submit his recommendation for troop numbers to US Central Command and to NATO because he had taken over his post only about two months ago and Ghani was sworn in as president in September.