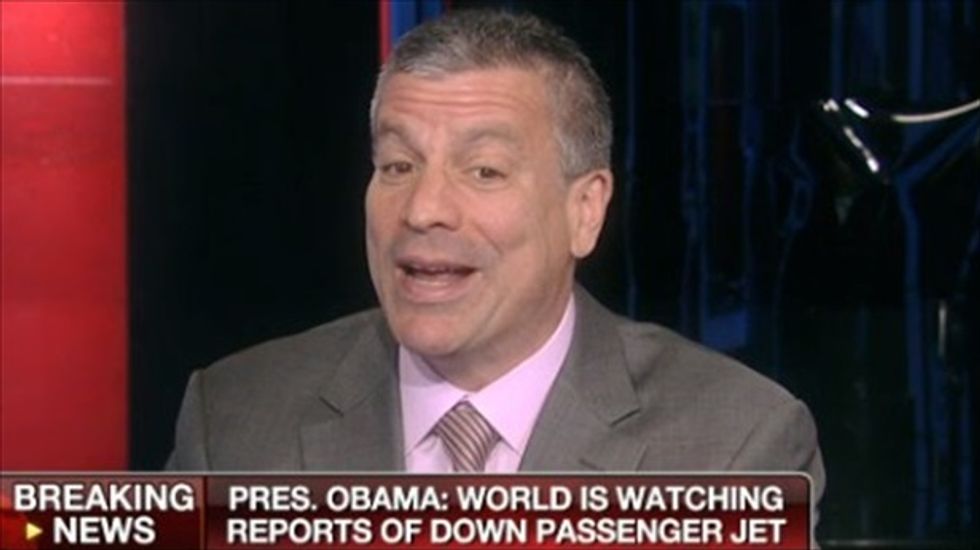 "He doesn't like the fact that they're doing this advertising about me and he suggested — I mean, made all these nasty comments," Gasparino told host Liz Claman. "Listen, I think, this is just my opinion, he's one of the more unctuous human beings and people I've met in journalism."

The online row began when Insana responded to an advertisement promoting Gasparino saying, "Charlie breaks it! Others follow."

At that point, Gasparino began hurling insults at Insana:

During his interview with Claman, Gasparino said it was Insana who was being "mean," out of jealousy for Fox, before adding a shot at Faber.

"I have left him in the dust, the disgusting slob that he is, I've left David Faber and all of them," Gasparino said. "I do every day. I break news, and I will scrape him off my shoe any time, any day."

After the interview, Gasparino posted what he said would be his last salvo, calling Insana a "putrid balding disgusting fat-cat boot licking sycophantic d*uche," but would instead continue Friday evening.

Watch the interview, as aired on Fox Business on Friday, below.