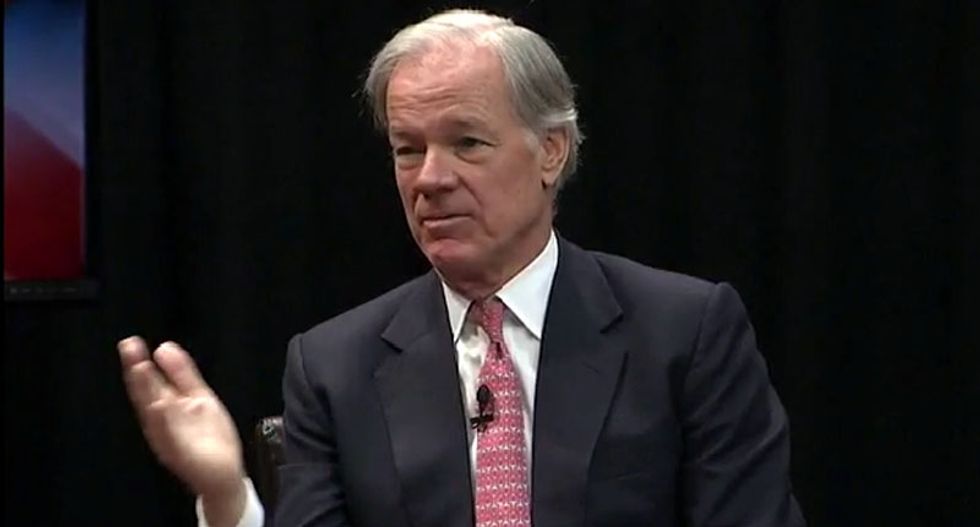 Viewers of a recent debate between Connecticut gubernatorial candidates learned a quick lesson about concubines and art -- all thanks to a Republican's $5 million yacht.

Malloy said the boat, which he no longer owns, was named "Sapphire" when he bought it, and he didn't feel the need to spend money to change it.

"If I had a boat named after a sex slave, I would have changed the name," he continued. "The idea that one would run for governor in the state of Connecticut with a $5 million yacht registered in another country as opposed to our own state and continue to carry a name that represents a sex slave, is really quite horrendous."

Moderator Mark Davis asked if the governor was opposed to yachts in general.

“The governor is obviously not going for the boat owner vote,” Foley remarked.

“I’m certainly not going for the sex slave vote, either," Malloy shot back.

Foley explained that he named his yacht "Odalisque" because he was inspired by artwork.

“I’m a great enjoyer of the arts and culture and Odalisque are the names of many great paintings, including the masterwork by Ingres, they were used as models by Mattisse, so it was named for that,” Foley said.

“No, I think it is a very nice name. Boats usually have a female name associated with them because the gender of boats historically was a she. Many people name their boats after women or something feminine. Odalisque really means a beautiful woman, a beautiful thing in the art world. It doesn’t mean a sex slave,” Foley said.

"You have a daughter, do you think it is appropriate to have a boat named after a sex slave? Do you really think that's appropriate?”

“Do I think it is appropriate to have a boat named after something that artists like Mattisse admired greatly and created the image of, yes, absolutely,” Foley replied.