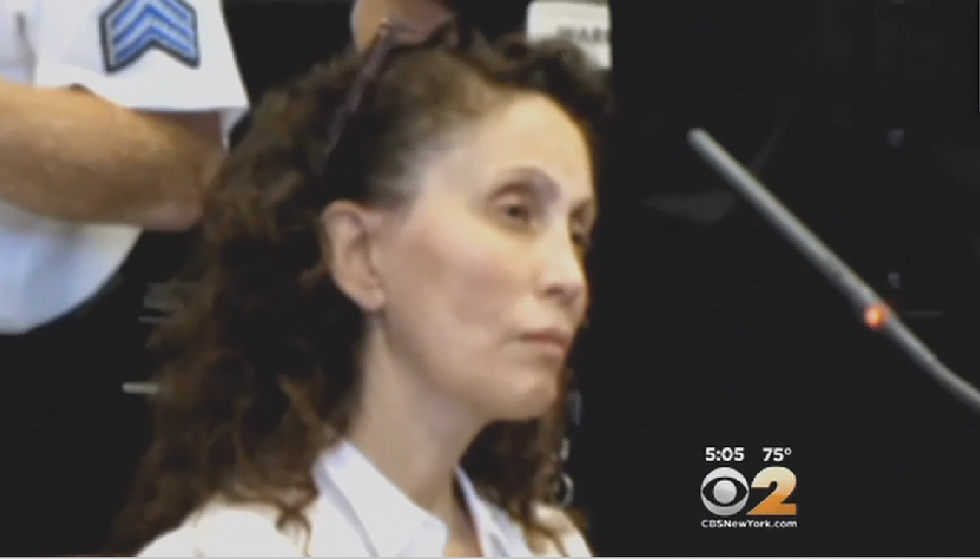 A wealthy New York socialite accused of killing her 8-year-old autistic son in a posh Manhattan hotel room was found guilty of first-degree manslaughter on Wednesday, said prosecutors, who had sought a second-degree murder conviction.

Gigi Jordan, a self-made millionaire and former pharmaceutical executive, faces a sentence of up to 25 years for the 2010 poisoning death of son, Jude Mirra.

"Gigi Jordan showed no mercy to her son, and should receive none at the time of her sentencing," Manhattan District Attorney Cyrus Vance said in a statement.

Lawyers for Jordan said they would appeal her conviction but praised the jury's verdict on the murder count.

"‎We said from the beginning that this was not a murder case, because there were extensive and horrific extenuating circumstances," said Norman Siegel, one of her lawyers. "I think the jury got it."

Jordan was accused of overdosing Mirra with prescription pills at New York City's Peninsula Hotel. She said she acted was out of love and the fear that her son would be tortured and sexually abused if he continued to live.

Jordan's defense team, which included Ron Kuby, an outspoken civil rights attorney and radio-show host, argued that although the boy had difficulty expressing himself he indicated that he was being sexually abused and tortured by his biological father, Emil Tzekov.

Tzekov, a yoga instructor who became Jordan's second ex-husband, has denied the accusations.

Jordan's lawyers said she was afraid that her first husband, Philadelphia businessman Raymond Mirra Jr., planned to have her killed or institutionalized, and that Tzekov would gain custody of her son.

Prosecutors argued that Jordan carefully planned the death of her son after traveling the country to find a cure for his autism. They said that Jordan killed her son because she could not accept that he was disabled and she could not fix his medical condition.

No sentencing date has been set for Jordan.