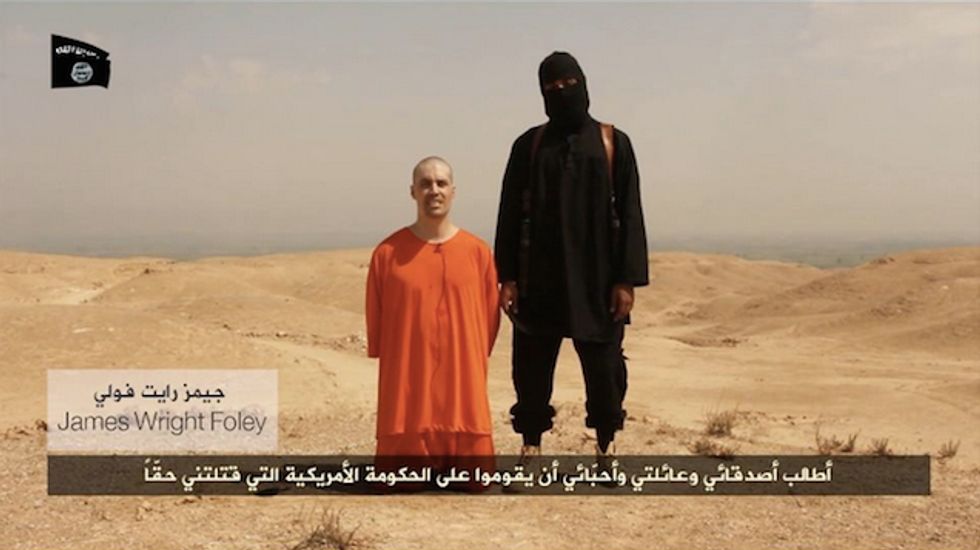 In recent months, Islamic State militants have beheaded three Americans, including Peter Kassig, an aid worker and former U.S. Army Ranger, whose death was announced in a video released by the group on Sunday.

"The administration’s goal has always been to use every appropriate resource within the bounds of the law to assist families to bring their loved ones home," White House National Security Council spokesman Alistair Baskey said in a statement.

"In light of the increasing number of U.S. citizens taken hostage by terrorist groups overseas and the extraordinary nature of recent hostage cases," added Baskey, "this summer President Obama directed relevant departments and agencies, including the Departments of Defense and State, the FBI, and the Intelligence Community, to conduct a comprehensive review of how the U.S. government addresses these matters."

The administration could not detail all the steps it was taking to free U.S. hostages, but Baskey said "we will continue to bring all appropriate military, intelligence, law enforcement, and diplomatic capabilities to bear to recover American hostages. Those efforts continue every day.”

ABC News reported that a Pentagon official wrote last week to U.S. Representative Duncan Hunter that the review would include an emphasis "on examining family engagement, intelligence collection, and diplomatic engagement policies."

It added that a Nov. 11 letter to Hunter from Christine Wormuth, undersecretary of defense for policy, did not explicitly address the issue of ransom payments, which it is U.S. policy not to pay.

ABC News said Hunter wrote the White House in August after the beheading of U.S. journalist James Foley by Islamic State, urging Obama "to guarantee we are maximizing our recovery efforts."