WHO braces for bird flu spread in European poultry 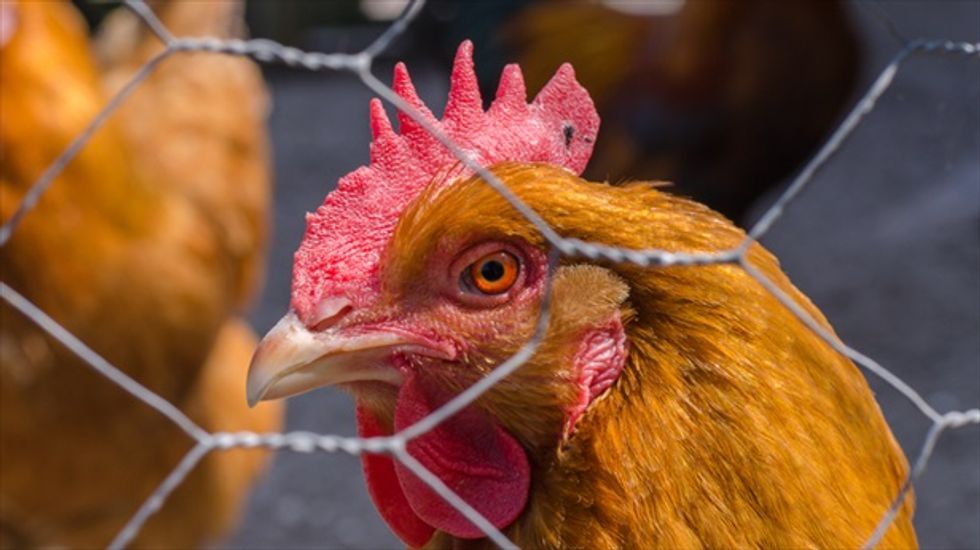 'Chicken behind fence watching outside' [Shutterstock]

The World Health Organization cautioned Tuesday that a new kind of bird flu hitting European poultry farms would spread among birds, after Britain confirmed its outbreak was of the same strain as in the Netherlands and Germany.

Sweden meanwhile ordered farmers to keep hens and other poultry indoors "as a precaution", amid concerns that the highly infectious H5N8 strain is being spread by wild birds.

"We should all be quite vigilant," Elizabeth Mumford, a scientist with the WHO's Global Influenza Programme, told reporters in Geneva.

She said she "absolutely" expected more bird flocks to fall sick, but said it remained unclear whether the virus will spread to humans.

Dutch authorities have culled 150,000 hens at an egg farm in Hekendorp, near Utrecht, following an outbreak on Sunday.

The same day, the British government announced an outbreak at a duck breeding farm in Yorkshire, northern England, which on Tuesday was confirmed to be the same H5N8 strain.

Britain's environment ministry, which has ordered the cull of 6,000 birds at the farm, said it was "a very low risk to human health and no risk to the food chain".

Both countries have also sealed off the affected sites and are conducting tests on farms within a 10-kilometre (six-mile) restricted area.

The Netherlands announced Tuesday that no other farms in that zone had tested positive for bird flu, and as a result lifted a ban on the transport of poultry products nationwide.

A bird flu outbreak also occurred two weeks ago in Germany in a turkey farm, which the WHO's Mumford said involved the same subtype of the highly infectious strain.

H5N8 appears to be similar to a virus that has been infecting birds in China, Japan and South Korea since the beginning of the year, she said.

The virus most likely moved from Asia to Europe with migratory wild birds, the WHO has said.

An EU source said on Monday that "more outbreaks would not be surprising" in countries such as France, Spain and Italy as the "disease might have come from swans migrating from north to south."

The WHO is urging people in Europe to avoid touching sick or dead wild birds and said those involved in culls should check for any fever over the next fortnight.

Mumford stressed that no cases of human infection of H5N8 have been detected either in Asia or in Europe, which was "encouraging".

But she said flu viruses were "very unpredictable", and until more is known about this one, "it's a bit wide open".

The H5 component of the virus appeared similar to that found in the H5N1 strain of bird flu that has killed more than 400 people, mainly in southeast Asia, since first appearing in 2003, Mumford explained.

But the N-component was from a completely different virus with no human component, indicating it really prefers to attach to birds, she said.

Since H5N8 seems to be spreading quickly among poultry, "we will probably see some human cases", she told AFP.

But while some people may be infected by sick birds, so far it appeared unlikely that the virus would begin spreading between humans, she added.

Even if it did, there is a tool to fight it -- in lab tests, the virus responded to anti-virus drug Tamiflu, she said.

For consumers, she stressed that "poultry meat safely prepared and well-cooked is completely safe".