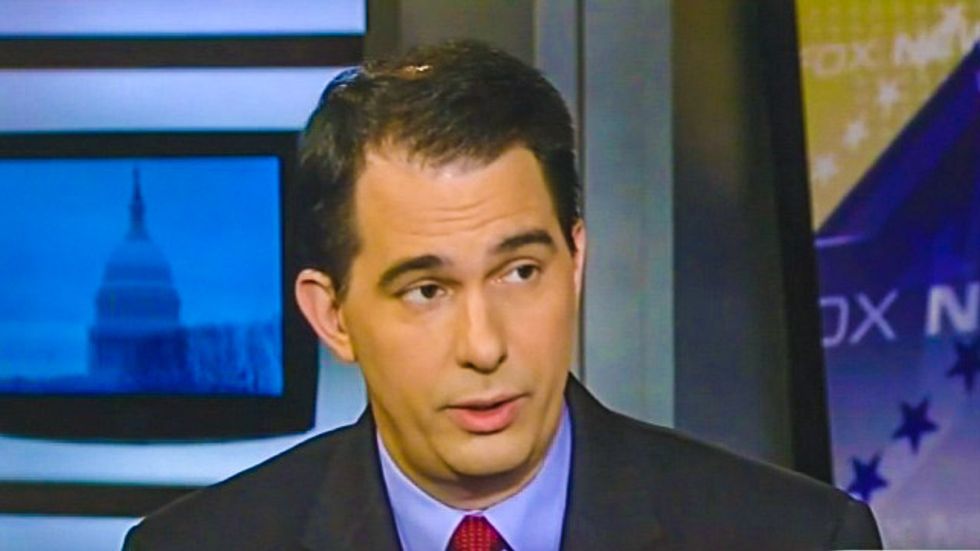 Walker, 47, became a conservative champion when he pressed for laws that restricted the powers of many public sector unions and required workers to contribute to pensions and healthcare. The unions tried to oust him from office, but he survived a recall election in 2012.

"Republicans ... are going to be looking to find someone who is emblematic of that victory and, to a large degree, they are going to look outside of Washington," said Tim Dale, a political scientist at the University of Wisconsin-La Crosse.

Walker has written a campaign-themed book, visited Iowa, New Hampshire and other key states that make or break presidential hopefuls, and has focused on national media interviews.

He has also met with billionaire casino magnate Sheldon Adelson, a big donor to conservative presidential candidates, said Mordecai Lee, a political science professor at the University of Wisconsin-Milwaukee.

"There is no doubt that he would be thinking about running for president ... every politician dreams of being president," Lee said.

Walker did not respond to requests for an interview. He told the Milwaukee Journal Sentinel late in the campaign that a person would "have to be crazy to want to be in for that job." "Right now, my calling is to be governor of Wisconsin," he said.

Supporters at his victory celebration outside Milwaukee were mixed on the prospect of the freshly re-elected governor turning his attention to a run for the White House.

"He's my pick for president," said John Wade, an author who traveled from New Orleans for the event. "He's proven courage, leadership and innovation which is so needed in Washington."

Another supporter, Al Sanderson, 49, said Walker has an obligation to serve out his second term.

"If his term is up and the interest is there, then I think he should go for it," said Sanderson, a factory worker, who said he was wearing a T-shirt that Walker had signed four or five years ago at a local fair.

Lee said Walker's brand of down-to-earth politics and engagement with voters would be received well around the country if he chooses to seek the Republican nomination.

"He communicates the views of conservatism in language that is unthreatening, moderate and accessible but, at the same time, is deeply conservative," Lee said.

(Reporting by Brendan O'Brien in Milwaukee; Editing by Eric Beech)