10 best things about being an atheist on Christmas 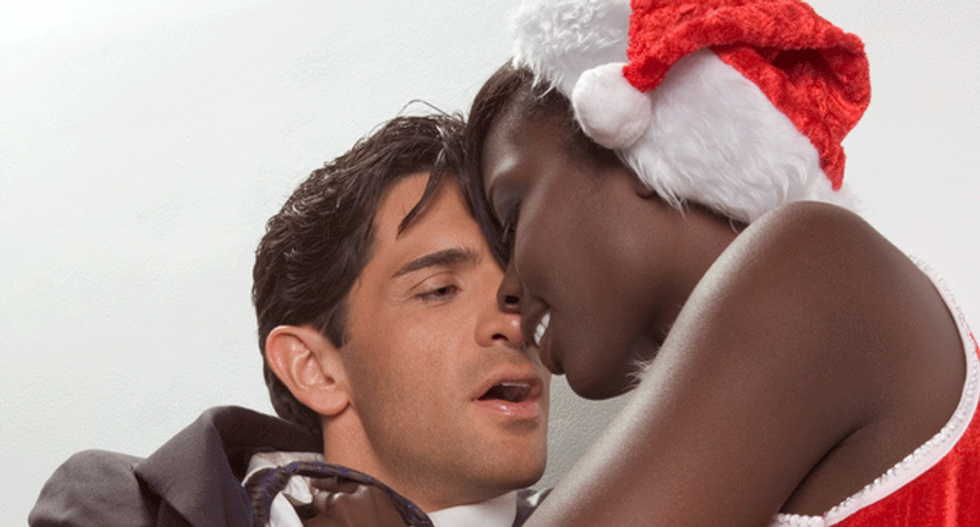 When it comes to wrapping paper, travel and movies, the holidays can be a special time even for non-believers.

This story first appeared on AlterNet.

By now, most people who aren’t avid Bill O’Reilly fans know that the “war on Christmas” is nothing but the paranoid fantasy of conservatives and that most (though not all!) atheists and other assorted non-believers are perfectly happy with the continuing existence of Christmas. Sure, we may say “happy holidays,” to reflect the fact that this is an entire season with multiple holidays in it. We may object to using the holiday as an excuse to push overtly religious songs and prayers on kids in public schools. But the Christmas holiday, despite its religious origins, is accepted by most atheists as a secular holiday and many of us enjoy it as much as the Christians do. In fact, I’d argue there are many advantages to being an atheist, when it comes to celebrating the holidays. So much so that you can have them here, in checking-it-twice form.

1. Travel flexibility. If the religious significance of the holiday matters to you, being with your family on Christmas Day itself is paramount. In our modern era where families move all over the country, however, that means travel, often by plane. The problem is that everyone else is traveling when you are, too—and usually during the first seriously bad weather of the winter, no less. Flight delays, tears, tearing your hair out, wondering if you’re going to make it on time are pretty much guaranteed.

Thing is, for non-believers, the exact day itself feels kind of arbitrary, so it becomes a lot easier to blow off the entire struggle to be with family on December 25 and just do Christmas at home. I visit my family the next month, when it’s easier and cheaper. Sure, you miss out on a little of the holiday magic by staying put, but the tradeoff of not having to endure the holiday stress is often worth it. And for little kids whose parents are divorced, being able to have “Christmas” on December 26 or 27 or 31 takes a lot of stress out of figuring out your holiday visitation schedule.

2. No Christmas mass. Christmas Eve is a wonderful time for drinking eggnog and playing cards and opening just one present before bed. Having to spend that precious time kneeling and standing and sitting and singing and listening to a priest drone on about Jesus’ birth is a travesty. Luckily, we atheists feel zero obligation to show up for a semi-annual reminder to give a crap about our faith, as we don't have a faith to begin with.

3. Sex. “Is it a sin to have sex on Christmas day?” asked this poor fellow on Yahoo Answers. It’s a concern many people have, it appears. This concern doesn’t even occur to non-believers, though some of us do worry, if we did make it back home to visit the parents, about getting caught doing it in our childhood beds.

4. Creative decorating. People who reject religion tend to be skeptical of the whole concept of “tradition.” When it comes to choosing how to adorn your home for the holidays, that can free you up quite a bit from the standard Nativity scene + angel/star on the tree business. Atheists are not the sort to get bent out of shape when someone suggests replacing old white man Santa with a penguin. Why not do your house up as an ode to Star Wars or Game of Thrones? Or honor the Satanists who get holiday displays up at state capitols by doing a devil-themed Christmas tree? Or perhaps one topped by the Flying Spaghetti Monster? How about creating a Nativity scene with superhero action figures? No need to worry that it’s blasphemy. In fact, the more blasphemous, the better.

5. Wrapping paper. An atheist friend of mine had holiday presents wrapped at the store recently. “Christmas or Hanukkah paper?” the cashier asked. “How about one of each,” my friend replied. “They don’t believe in either, so both are fine by me.” A small pleasure, but a satisfying one.

6. Give me the loot! While it’s faded some as conservative Christianity becomes increasingly beholden to capitalism, there is still a lot of anxiety in Christian circlesthat the holiday has become commercialized and has drifted away from its religious origins. This can make the question of how much to give at Christmas fraught: Will too many presents distract kids from Jesus? How many is too many? For atheists, it’s clear that buying a bunch of crap and laying around eating all day is the reason for the season, so these kinds of emotional crises about priorities don’t really factor. Sure, atheists may decide to put a budget on the gift-buying because showing love through material objects can spiral out of control. But if you want to give yourself a day just to be materialist and gluttonous, go for it. You’re not going to hurt Jesus’ feelings, as you don’t even believe in him.

7. No praying before the meal. Even in Christian families that don’t pray before every meal, there’s a tendency to feel you have to revive this tradition on the holidays. Worse, the duty is often handed off to the biggest blowhard in the bunch. And so there you are, your neck getting sore as you keep it politely bowed while your relative thanks God for everyone’s promotions, marriages and babies and for the football team’s winning streak. But when atheists are in charge of the meal, you sit down and get to eating, no preliminaries necessary.

8. “Happy holidays!” Once it was a completely non-controversial way to express a general feeling of goodwill to all during this time of year. Now this phrase has turned into a litmus test to see if the person hearing it is a frothing-at-the-mouth right-wing nut who hates atheists (and any non-Christians). It definitely helps you trim down your list of people you feel obligated to be nice to.

9. Better music. No need to worry about working some of those dull, religious songs into the mix this Christmas. You can fully admit that “All I Want For Christmas Is You” by Mariah Carey is the best Christmas song, full stop, without feeling it’s somehow a slight to Jesus to elevate a cheesy pop song about romance to #1 status. Of course, if you don’t like Christmas music at all and the sound of sleigh bells annoys you, who cares? Open your presents to Motörhead, if you like. When the holiday is about people, putting what makes people happy first becomes much easier.

10. Better movies. Skipped out on rewatching It’s A Wonderful Life for the 8 millionth time a couple years ago (though I do like that movie) and went to see Django Unchained on Christmas Day instead. That was a memorable holiday.

The one big downside of being an atheist on Christmas: The eternal Santa debate. Most atheists have no intention of bringing their kids up to believe in God, but as many of them celebrate Christmas anyway, they don’t know what to do about Santa. Some atheists worry that teaching kids about a magical elf who flies around the world bringing presents to well-behaved children is wrong for the same reason they believe teaching about God is wrong: There’s no evidence it’s true. Others reasonably point out that since part of the Santa tradition is the great debunking, it’s a useful way to teach kids not to believe everything people tell them, even their parents. Which can perhaps inoculate them against religious claims. Everyone makes good points and there’s no research settling the question, so it just gets debated over and over again every year, with no real resolution.

Clearly, the answer is to go ahead and enjoy hoodwinking your kids about Santa, but if they don’t figure it out by around age 5 or 6, tell them so they’re not embarrassed by being the last kid in the class to know the truth. Sadly, knowing atheists, odds are low that no one will care a verdict has been rendered and the debate will rage on anyway.