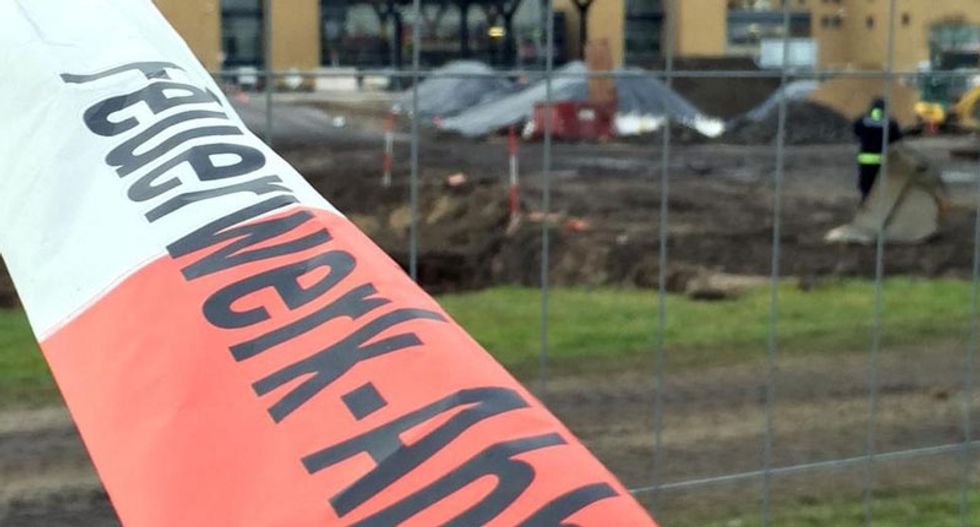 The main train station is cordoned off after a 250-kilogramme World War II bomb was found in Potsdam near Berlin. (AFP/Georg-Stefan Russew)

About 10,000 people had to be evacuated on Thursday after an unexploded 250-kilogramme (550-pound) World War II bomb was discovered in a city near the German capital.

A bomb disposal squad was seeking to defuse the explosive, believed to hail from a major British bombing raid that destroyed much of the inner city of Potsdam on April 14-15, 1945.

The ground below many German cities remains littered with unexploded ordnance dropped by Allied and Soviet forces during the Second World War, although most of it is safely defused when found.

Berlin authorities believe 3,000 bombs still lurk beneath the capital alone, and experts warn that some of the munitions are growing increasingly dangerous as they rust and their fuses grow more brittle.