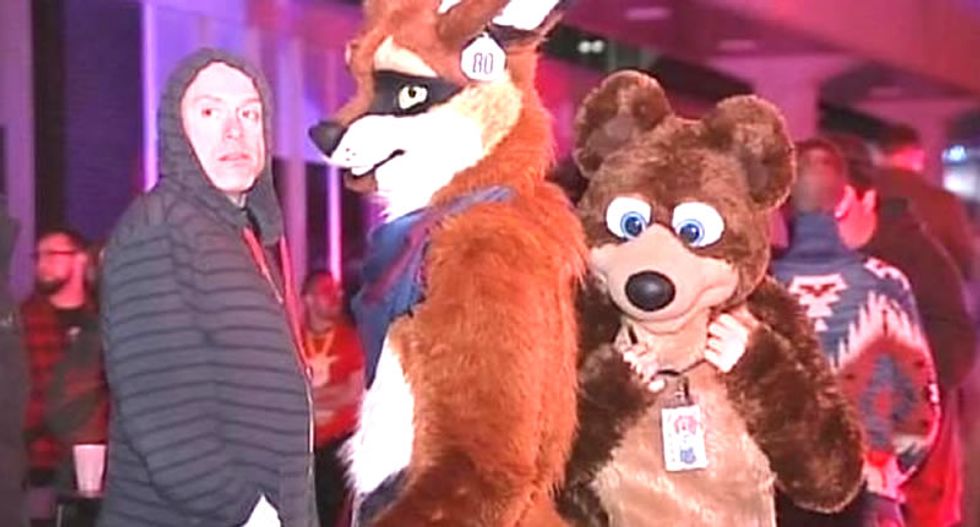 Police say the release of chlorine gas that hospitalized 19 people and forced the evacuation of the Midwest FurFest was intentional, the Chicago Tribune reports.

At approximately 12:40 a.m., first responders were called to investigate a "noxious odor" at the Hyatt Regency Hotel in Rosement, which was hosting the Midwest FurFest. The Rosemont Public Safety department was called in and found a high level of chlorine gas in the air.

Authorities immediately ordered all the convention-goers -- many of whom were in anthropomorphic animal costumes -- to exit the building. They were not allowed to return until almost 4 a.m.

HAZMAT technicians located the cause of the odor, powdered chlorine, on a ninth floor stairwell and determined that it was placed there in a manner that "suggests an intentional act," police said.

The annual convention "celebrate[s] furry fandom, that is, art, literature, and performance based around anthropomorphic animals," according to its website.

One convention attendee, Thomas Zell, told the Tribune that most people "thought this was just someone pulling the fire alarm" in an attempt to humiliate the costumed attendees by making them stand outside -- as that apparently is a regular occurrence at these conventions.

"But it was serious this time," he added.