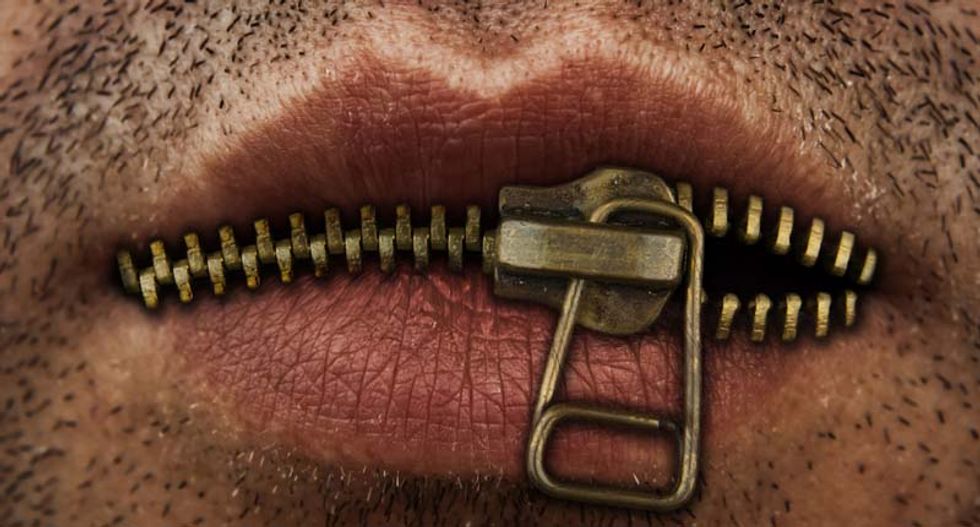 In what may very well be the Gold Medal-winning entry in the 2014 Understatement of the Year Olympics, I'm here to tell you that 'police officers in the United States have a bit of an image problem.'

There, I said it. Man, I feel better already.

Since I have been hanging around these here parts for about a year now, there is not a day that goes by when there is not a story about a cop who has shot/Tased/beaten/attacked/raped/road-raged/or drunk-assaulted one of the fine citizens they are sworn to protect. This year we were even treated to the rise of the militarized cop who makes the cops in Norman Mailer's Miami and the Siege of Chicago look like 9-year-old girls having a pillow fight.

Due to these sundry altercations, incidents, dust-ups, run-ins, and tête-à-têtes gone beast mode, police as a group are currently only slightly less reviled than ISIS, pedophiles, Scientologists, cross-fitters, PETA, and Nickleback.

The problems that cops have in the public eye of late have been exacerbated by their idiot union bosses who need to stick to being seen in the negotiation rooms and not heard in the public square. The exception being when contracts come due and a public statement needs to be made affirming the need for cops to well compensated for what, I have said before, is a pretty shitty job when you get down to it. That and sponsoring a softball team or fun-runs or some other PR bullshit like that.  Because of the position the union guys  are put in -- by which I mean justifying their inflated salaries by defending every cop till the bitter end --  they are seen as giving no quarter on any 'cop gone bad' offense while making sure that the 'bad apples' stay mixed in with the good apples poisoning the whole barrel.

Case in point, -- three actually -- are three high profile national controversies in which, despite the police officers involved having their way with Lady Justice (so far), a union official has willingly stepped forward and for lack of a better expression: shit the bed.

Roorda is a documented liar who falsified police reports about abusive fellow officers when he was a cop and was fired for it.  Do you know how hard it is to be fired from the police department in Missouri? Here is a hint: you can shoot an unarmed black kid and walk away with pocket full of donations.  You can point a rifle at a reporter's head and say "I'm going to fucking kill you" and then gracefully resign with your twenty years on the force intact.  Who was Roorda's union rep and why did he suck so badly?

Roorda jumped into the fray by criticizing four St. Louis Rams players for coming onto the field before a game against the Raiders with their hands up, honoring Michael Brown's 'hands up, don't shoot."  Roorda demanded the Rams, the players, and the NFL apologize for what the union called a "tasteless, offensive and inflammatory" display.

The Rams told Roorda to shove a donut in it, the police chief got into a messy he said-he said with the Rams, and the St Louis Police Department ended up looking like idiots.

This guy gets a paycheck for this.

Lynch defended NYPD Officer Daniel Pantaleo who literally choked Eric Garner to death on camera. After a Staten Island jury gave Panatleo a pass, Lynch could have high-fived his be-suited entourage and gone to lunch at a pricey Manhattan restaurant on the union's dime ... but no. He called Pantaleo an Eagle Scout and claimed that Garner caused his own death, saying “We believe Mr. Garner made a choice that day to resist arrest." How was Garner supposed to know Panatleo earned a merit badge in strangulation?

After Mayor de Blasio admitted that he had to have "the talk" with his own mixed race son about dealing with police in the city of Amadou Diallo and Abner Louima,  Lynch's group -- with their hands already full of daily "I can't breathe" protests choking the streets -- posted a form on the union website for members to sign, allowing officer to request de Blasio and City Council Speaker Melissa Mark-Viverito stay away from funeral services should the officer die in the line of duty.

This guy also gets a paycheck for this brilliant piece of gamesmanship.

Not to be outdone by his brothers in blue in New York City and St. Louis, Follmer aired his butthurt after Cleveland Browns wide receiver Andrew Hawkins entered the stadium on Sunday wearing a "Justice for Tamir Rice and John Crawford" t-shirt.  Saying the shirt was disrespectful, and calling Hawkins “pathetic,” Follmer also said out loud to anyone who in earshot, “He’s an athlete. He’s someone with no facts of the case whatsoever. He’s disrespecting the police on a job that we had to do and make a split-second decision.”

Ugh. "Split-second" is but a fraction on of the two (2) seconds it took rookie police officer Timothy Loehmann to shoot 12-year-old Tamir Rice. The only difference between the shooting of Rice and a drive-by was Loehmann bothering to open the door.  This is the same Loehmann who claimed he told Rice to "drop the gun" three (3) times before he felt his life was in danger and shot the kid at almost point-blank range. The same Loehmann who was booted from another police department because he was considered  "emotionally immature," and had suffered a "dangerous loss of composure during live range training." A guy who can't handle himself when shooting at targets? Is he really the guy you want to go to bat for? Is this the reputational hill you want to die on?

Needless to say, no apology for the Browns.

And, for this, he also draws a paycheck.

What is lacking here is a sense of the moment and times we live in, particularly in an era of instantaneous communication, access to video, and the ability for people to mass almost immediately to make their voices heard. To understand that there is life outside the police occupational bubble which -- in the case of police forces nationwide -- has devolved into "us vs them," with the 'them' being, well, us. People honestly want to like cops because they know deep down that they need cops. What they don't want or need is belligerent assholes covering for incompetents and time-bombs looking for an time and a moment to vent their inchoate rage.

But if you need a master class in how to handle controversy -- how to talk to the public --  let's turn to the "pathetic Andrew Hawkins who spoke to the media about the shirt:

"As you all know," Hawkins said, "and it's well documented, I have a 2-year-old little boy. ... That little boy is my entire world. The No. 1 reason for me wearing the T-shirt was the thought of what happened to Tamir Rice happening to my little Austin scares the living hell out of me."

"And my heart was broken for the parents of Tamir [Rice] and John Crawford, knowing they had to live that nightmare of a reality," he said. "So like I said, I made the conscious decision to wear the T-shirt. I felt like my heart was in the right place. I'm at peace with it. And those who disagree with me, this is America. That's the point. Everyone has the right to their First Amendment rights."

Hawkins began by saying justice is "a right that every American should have, and also justice should be the goal for every American."

He stressed his T-shirt was not directed at every police officer.

"I utterly respect and appreciate every police office that protects and serves all of us with honesty, integrity and [acts] the right way," he said. "And I don't think those kind of officers should be offended by what I did."

That is how you do it. And if you can't find it in you to speak to everyone in a language they can understand, in a tone that doesn't make them cringe, where you appeal to their better angels instead of blustering like a cop who's a hair-trigger away from drawing his weapon ... maybe you should look for a different line of work.

But if the money is too good and the job is usually spent backslapping and glad-handing the boys down at the precinct, and not much else,  there is another alternative.

Shut the fuck up.

There is already enough shooting going on without you shooting yourself -- and your brothers in blue -- in the foot.