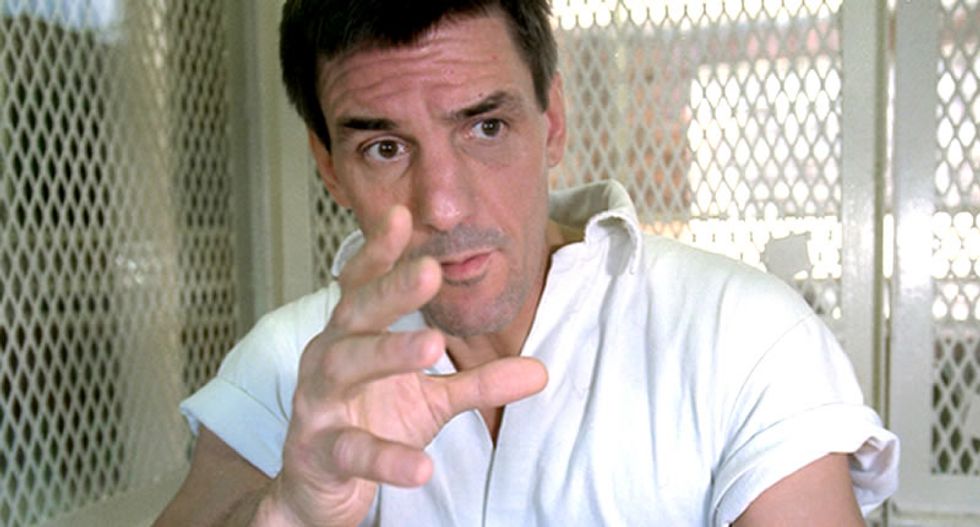 The 5th Circuit Court of Appeals has issued a stay of execution against Scott Panetti, who was convicted of murdering his second wife's parents in 1992, but who had been diagnosed with "early schizophrenia" at the time of his honorable discharge from the Navy in 1978.

Panetti's lawyers requested the say, claiming it was imperative that the Supreme Court "review this case to determine whether the imposition of the death penalty on offenders with severe mental illness offends contemporary standards of decency."

Texas officials opposed the request, claiming that granting a stay "would undermine the sentences of a majority of the nation's death row inmates." Moreover, the state argued that there is "virtually no evidence of an evolving consensus against executing the mentally ill...where the law already provides multiple avenues for relief[.]"

At his trial in 1995, Panetti represented himself wearing a cowboy costume and a purple bandana. He subpoenaed over 200 people -- including then-Pope John Paul II, John Fitzgerald Kennedy, and Jesus Christ. Under oath, he referred to himself as "Sarge," and described in the third person how he killed his wife's parents.

In the punishment phase of his trial, Panetti's closing statement was an almost unintelligible ramble in which he said that "just to touch on the spat and wasn’t cuffed, but I was bronc and Sheriff Kaiser and I had a talk, well, of the fact that I’m no longer American citizen, and because of my buckaroo case. I believe city people love horses, too, and I don’t consider myself anything above or below anyone, but I do consider myself me, and when I made my last confession at Veterans Hospital to Father De la Garza, I wasn’t Catholic."

Yesterday, a group of conservatives wrote an open letter to Governor Rick Perry urging him to stay the execution.