Bearing gifts we traverse afar: 3 bitchin' things America got for Christmas this year 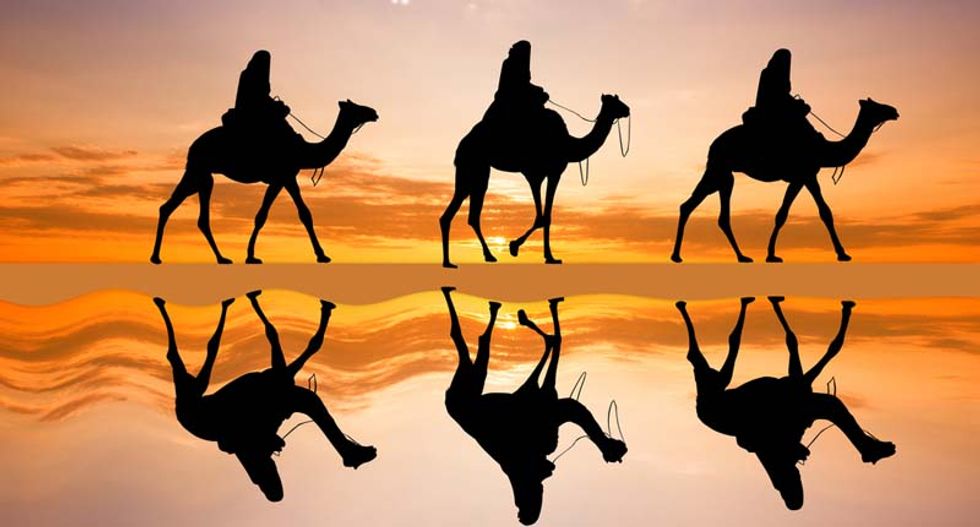 Because I am older -- according to AARP, I'm almost a member of their cohort -- I have a learned that change comes slowly, if at all. I gave up wishing for world peace, the end of hunger, racial harmony, and wireless earbuds that work long ago. Is it really that hard, Apple? Seriously?

However there are a few things that transpired this year that warm the very depths of my cold black heart. I've said before that before I shuffle off into oblivion/The Big Empty/infinity-XXL/Bloomington, Indiana, there were a few injustices that I would like to see corrected.

The right of gay-Americans to get same-sex hitched, marijuana to be legalized, and fer-Christ-sakes, accept that the embargo with Cuba was a stupid idea and lets get over ourselves and open up relations and travel with the warm and beckoning tropical nation.

For all intents and purposes, all three happened this year.

For me it's an odd wish list of things to have since:

I can afford to be magnanimous because I am a late-middle-aged (screw you, AARP) middle-class white male living in America, which means I've got it pretty damn good. Yes, I wished this for you people; the gay, stoned gaddabouts with a hankering for a deep tropical tan and cheap rum.

All three prohibitions - the not-opposite marriage ban, the dope ban, the Cuba ban-- are artifacts of my youth which America has held onto for far too many years. Whether through the courts, voter initiatives, or executive fiat by an imperial President thumbing his nose at Florida nitwit Marco Rubio, they have fallen by the wayside 0r are headed for the ash-heap of history along with prohibition and slavery.

Gay marriage has been with us for some time now, but 2014 was the year that the courts opened the floodgates and now you can gay-marry your heart out in 35 states. Put simply, if you can get same-sex hitched in Utah (as of Oct. 6, 2014), it's game over, man.

Washington and Colorado led the way in legalizing weed, and so far no rioting in the streets by stoners, no reefer madness, just a nice tax bump.

As for the fifty-plus year embargo on Cuba, President Obama called "game over, man" on that too. We lost. Ten presidents and a box of exploding cigars later, Castro and Cuba are both still there. While Congress has the final say on all facets of opening up Cuba, it is hard to see them saying "no" once they hear from their true constituents -- big business-- who are already making plans to tap into a new market.

Of course this isn't to say that a conservative Supreme Court --recently known for making Constitutional rulings based upon "shut up, we're the Supreme Court, LOL!"-- or a Tea Party Congress won't try to sink these initiatives, but history has pretty much shown that it is hard to stuff newly found freedoms back into the box.

So, Merry Christmas --or other weird religious or Gaia-inspired celebration that you celebrate, we don't judge...much -- America! Don your gay apparel and light up some Afghanistan AK-47 Brainwreck Kush to a year that wasn't entirely awful. Cuba libres are on the house.