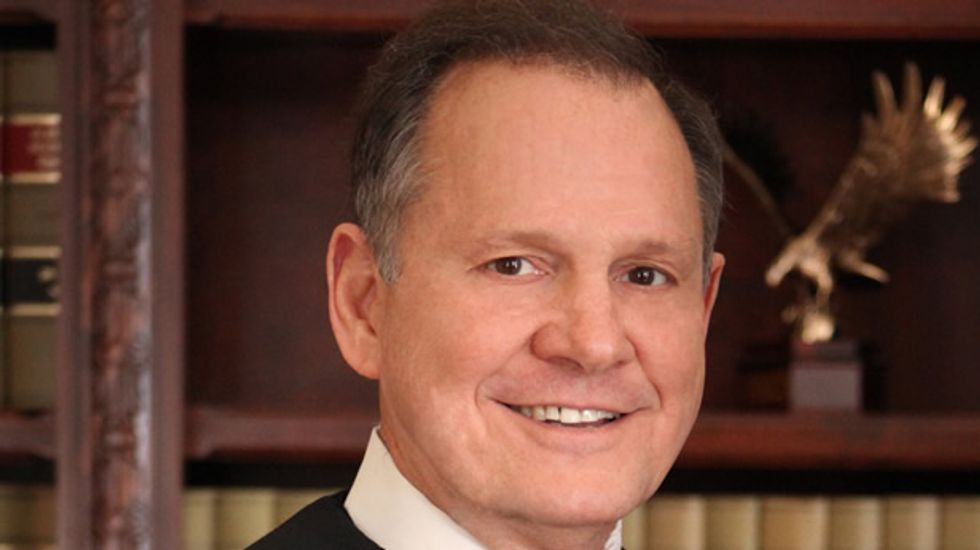 "We're having prayers [by] atheists? We're having Wiccans say prayers? How foolish can we be?" he asked members of the Madison County Republican Men's Club.

Moore -- who is colloquially known as "The Ten Commandments" judge for erecting a monument to them in the state courthouse -- has a long history of making statements about the divine origin of the United States.

In June, he claimed that "[w]ithout God there would be no nation. Without God there would be no freedom to believe what you want. That goes all the way back to people like Thomas Jefferson in his bill for religious freedom. He knew what it meant. He knew the limits of civil government, and he knew who gave us that freedom to believe what we want about God, but it comes from God."

Moore's specific complaint was in reference to Huntsville's decision to allow North Alabama Freethought Association board member Kelly McCauley to open a city council meeting with a secular invocation.

In the past, Moore has linked secularism to Islamic Sharia law, claiming that "a government that is denying God" is one that would allow the strict Muslim judicial code to take hold.