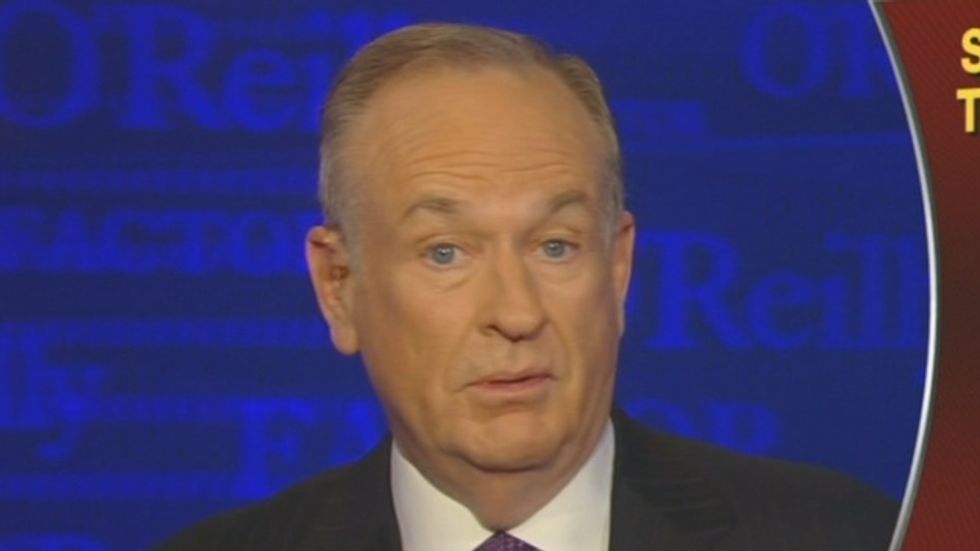 Fox News host Bill O'Reilly interrputed his vacation on Monday to call for the resignation of New York City Mayor Bill de Blasio (D), accusing him of creating an anti-police climate in the city.

"This is an individual who should resign today," O'Reilly told guest host Greg Gutfeld by phone. "He cannot run this city. He's lost control of the police department and their respect. They will never come back no matter what he says, because he sided with the protesters."

"He was elected in an election in New York City that few people voted. He was a machine politician, and he is an anti-police individual," O'Reilly said. "Now he is in trouble. Now he is trying to backtrack. But he has been anti-police his whole career. "

O'Reilly cited de Blasio's Dec. 3 speech, which included remarks about teaching his 17-year-old son how to take "special care" when interacting with police, to argue that de Blasio was guilty of antagonizing law enforcement.

"De Blasio is proud that he told his teenage son that he may face 'dangers' when interacting with the NYPD," O'Reilly complained. "What type of responsible father tells that to his son?"

O'Reilly did not blame de Blasio for the fatal shootings of Wenjian Liu and Rafael Ramos on Saturday, arguing that the attacker, 28-year-old Ismaaiyl Brinsley, bore full responsibility.

However, the Factor host did say that de Blasio was part of the "liberal system" that failed to hold Brinsley accountable before he attacked the two officers, as well as his former girlfriend, 29-year-old Shaneka Thompson.

Authorities said on Monday that Brinsley forced his way into Thompson's Baltimore home, shot her, then went to New York City, where he allegedly boasted, "Watch what I'm going to do" before attacking the officers.

"Everybody should know this is a terrible individual," O'Reilly said of Brinsley. "And I hope he's enjoying hell right now."

Watch O'Reilly's commentary, as posted online on Thursday, below.