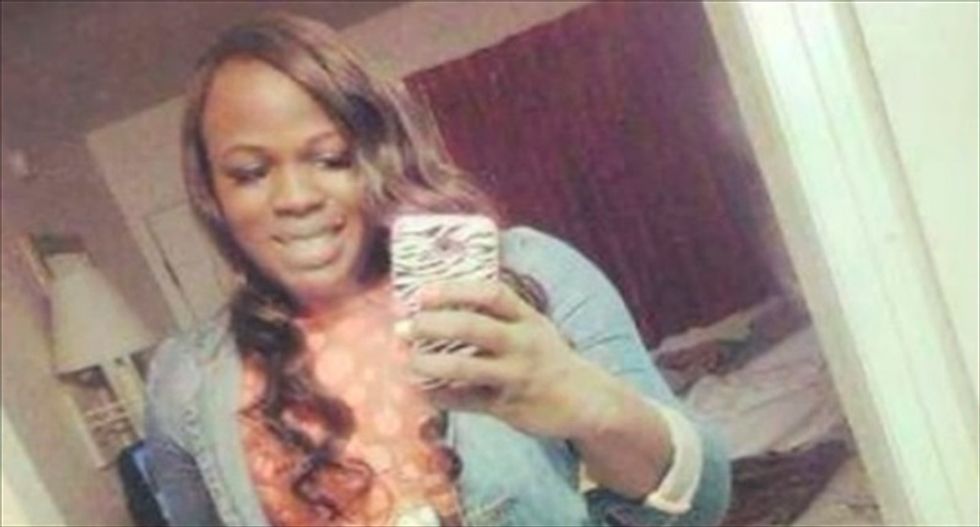 The victim was identified as Deshawnda Sanchez. Police said they have not ruled out the possibility that the shooting was a hate crime.

Detective Chris Barling told the Los Angeles Times that they believe Sanchez was robbed before being shot around 4 a.m. on Wednesday.

Sanchez was found dead on the front porch of a home in the Chesterfield Square area. Surveillance camera footage from a neighboring residence shows a vehicle pulling up to the home and someone getting out and running toward the porch. The same person is later seen running back toward the vehicle before it pulls out.

"She was definitely at that door, pounding on that door seeking help at the time she was shot," Barling said.

The home's occupant came outside after hearing multiple gunshots. The unidentified resident told KTLA that he did not know Sanchez.

According to LAist, Sanchez's death marks the third confirmed killing of a trans woman in the city this year. The victim reportedly lived in Las Vegas but has relatives in Compton. However, relatives indicated that they did not know why she was in Chesterfield Square at the time of the shooting.

"The footage, it was heartbreaking," the victim's sister, Diana Williams, said.

Watch KTLA's report, as aired on Thursday, below.