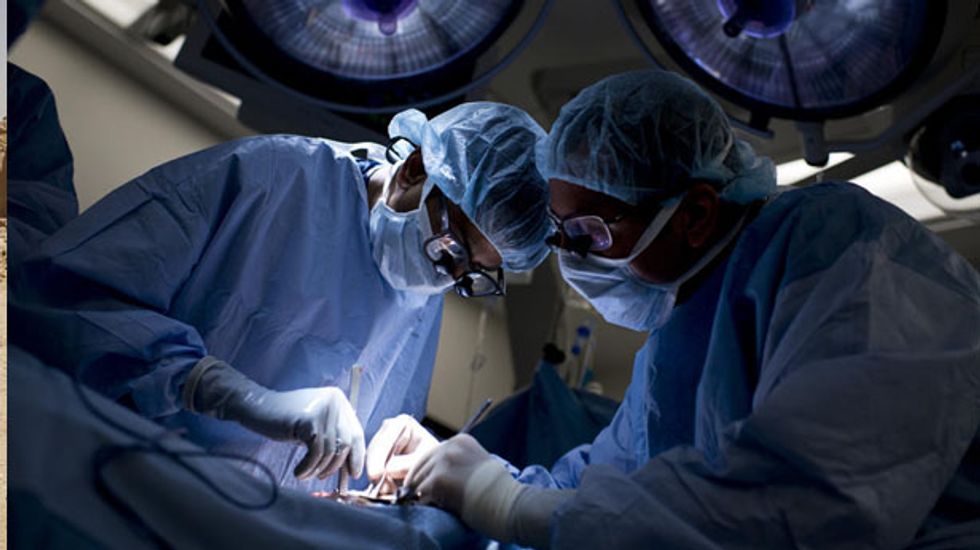 A California surgeon who accidentally removed the wrong kidney from a prison inmate and left the patient's tumorous kidney in place has been put on probation for three years by a state medical board, records from the agency show.

The board also prohibited Dr. Charles Coonan Streit, who performed the 2012 surgery at St. Jude Medical Center in Fullerton, southeast of Los Angeles, from supervising physician assistants during his probation.

The botched operation put the 59-year-old federal prison inmate's renal function in jeopardy and required further surgery, according to records from the Medical Board of California.

The board disciplined Streit last week, after the California Department of Public Health last year fined the hospital $100,000 over the surgery.

The patient, whose name has not been released, was held at Terminal Island Correctional Facility in Southern California and was transferred to a Long Beach hospital in 2011 where he underwent a CAT scan that showed a cancerous mass on his left kidney, according to medical board records.

The following February, Streit performed the surgery on the patient at St. Jude Medical Center, despite not having access to the patient's medical records, and he removed the man's right kidney, according to the medical board.

Streit proceeded with the surgery based on his mistaken recollection that the tumor was on the man's right side, the medical board records stated.

"As the surgeon, it was Dr. Streit's sole obligation to carefully review the radiographic and other documentation so as to avoid this mistake," the records from the medical board said.

The prison inmate's CAT scan report showing the location of the cancerous kidney was left at the office of a doctor involved in the surgery, according to documents from a separate inquiry by the California Department of Public Health.

The medical board has ordered Streit, who could not be reached for comment on Wednesday, to undergo training on how to avoid so-called wrong site surgery. A spokeswoman for St. Jude Medical Center said he is still on staff at the facility.

The hospital said in a statement last year, when it was fined $100,000, that it had instituted protocols to ensure a surgery is delayed if a patient's imaging records are not available.