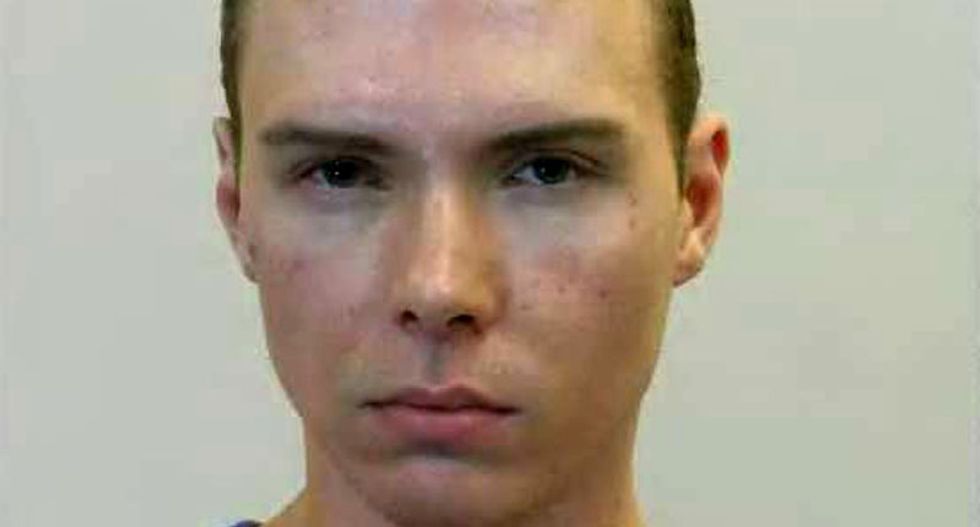 A handout photo by the police in Montreal shows Luka Rocco Magnotta on June 5, 2012. (AFP Photo)

The notorious "Canadian psycho," Luke Magnotta, faced life in jail Tuesday after a jury rejected his plea of insanity and found him guilty of killing and butchering a Chinese student.

Magnotta had admitted to killing 33-year-old Lin Jun in 2012, but pleaded not guilty to first degree murder. He faces a mandatory life sentence with no chance of parole for 25 years.

The jury of eight women and four men delivered the unanimous decision after eight days of deliberations following the trial, which started in September.

A judge said last week that Magnotta had a personality disorder and suffered from mental illness, but prosecutor Louis Bouthillier argued he was able to discern right from wrong and had planned the brutal killing.

Bouthillier said Magnotta, 32, prepared the murder at least six months in advance and had acted with premeditation before, during and after the crime.

Magnotta had acknowledged using a screwdriver to fatally stab Lin in May 2012, before sexually abusing and dismembering the man's corpse.

He then posted a video of the heinous act online to the soundtrack of the movie "American Psycho."

Days after the killing, Montreal police discovered the victim's torso in a suitcase by the trash outside an apartment building on a busy highway.

Lin's severed hands and feet were sent in the mail to federal political parties in Ottawa and to two elementary schools in Vancouver. The head was found in a Montreal park months later.