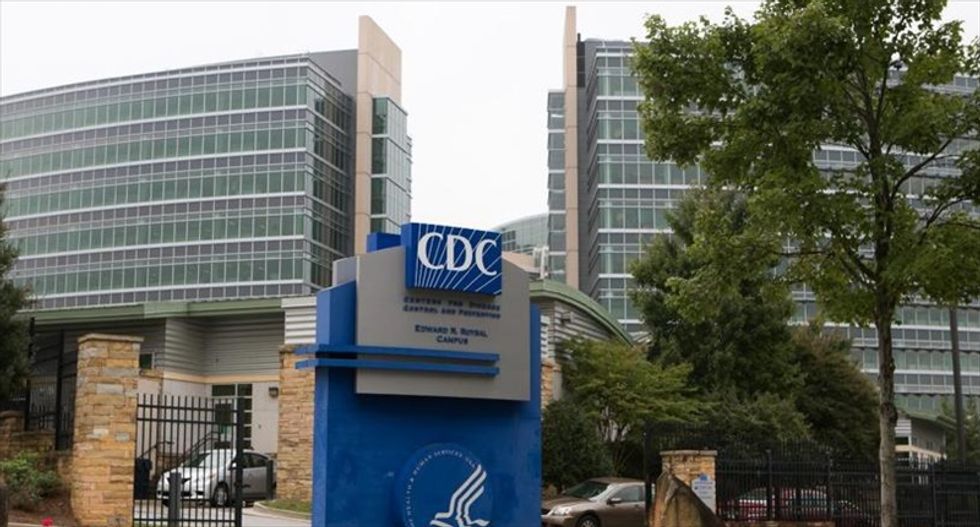 The Centers for Disease Control and Prevention headquarters on Oct. 13, 2014 in Atlanta, Georgia. Photo by Jessica Mcgowan for Agence France-Presse.

A lab worker may have been exposed to a live sample of the deadly Ebola virus, the Centers for Disease Control and Prevention said Wednesday, adding that the accident is under investigation.

The technician is not currently showing any symptoms of the hemorrhagic fever, which has killed more than 7,500 people in an outbreak in West Africa.

However, he will be monitored for 21 days, the CDC said in its statement.

Infection with the virus, which causes fever, headache, diarrhea, vomiting and in some cases bleeding, typically shows up within 21 days after exposure.

"A small amount of material from an Ebola experiment" transferred from a maximum level four biosafety lab to a level two lab "may have contained live virus," the CDC said.

The technician, who has not been named, worked in the level two lab in Atlanta, and processed the sample.

"The material was on a sealed plate but should not have been moved" into the level two laboratory, where safety precautions are less stringent, the CDC said.

"We cannot rule out possible exposure of the one laboratory technician who worked with the material" there, it added.

However, it stressed that there was no risk of exposure outside of the lab or to the general public. None of the other workers in the lab are currently being monitored.

CDC Director Tom Frieden said he was "troubled by this incident."

"I have directed that there be a full review of every aspect of the incident and that CDC take all necessary measures," he added.

"No risk to staff is acceptable, and our efforts to improve lab safety are essential -- the safety of our employees is our highest priority."

In July, the CDC acknowledged a pattern of safety errors, including two incidents earlier this year, in which workers shipped anthrax, flu, botulism and a bacteria known as brucella to other labs without proper precautions.

In one incident in early June, around 80 workers were potentially exposed to anthrax when samples were not properly handled and deactivated before shipment.

No one is believed to have been hurt in the mishaps.