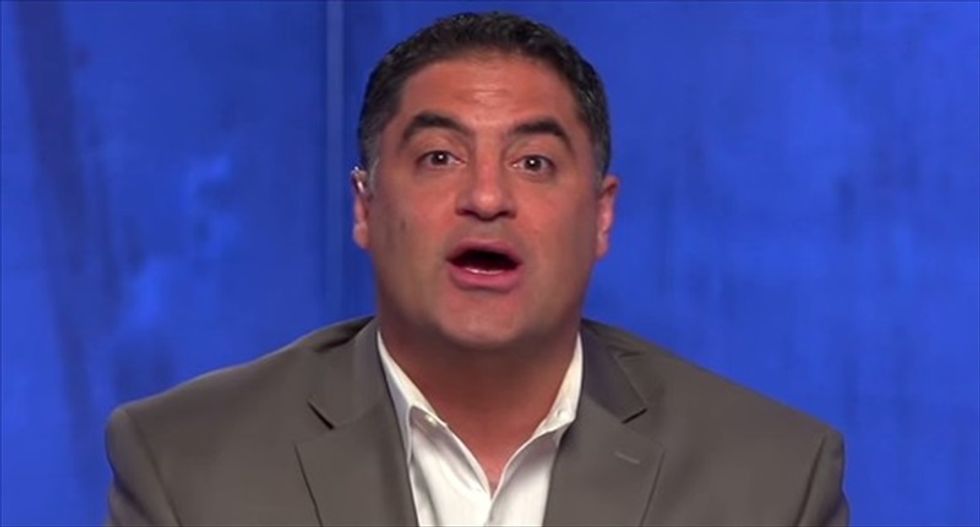 "If someone seeks justice, then great -- at least that's what we want. We don't need a result that we want or demand or think is going to happen," Uygur argued. "We just want a fair system -- we want a shot. And what McCulloch did was, he robbed Michael Brown and his family and that entire community of a fair chance to see if Officer Wilson had actually done it."

Uygur accused McCulloch of acting as a surrogate defense attorney for Wilson in front of a grand jury, citing the prosecutor's admission that he knowingly let lying witnesses testify before the jurors, as well as the discovery that McCulloch's team gave jurors the wrong instructions regarding a state statute regarding lethal force that was declared unconstitutional.

"I've never seen a prosecutor say, 'Yeah, I knew [a witness] was lying, I knew she was committing perjury, and I let her do it anyway,'" Uygur said, alluding to "Witness 40" in the case. "Unbelievable. Could he have gotten that indictment? He says, 'Yeah, I could have, if I wanted.'"

Among the runners-up, Uygur said, were Democrats like outgoing Senators Mary Landrieu (D-LA) and Mark Prior (D-AR), as well as Alison Lundergan Grimes, who failed to unseat incumbent Sen. Mitch McConnell (R-KY). All three, he said, lost their respective elections this year because they ran as "light Republicans."

"The Democratic [Party] establishment was like, 'Oh, she's a wonderful politician,'" Uygur said of Lundergan Grimes. "My point was, she's an obvious politician."

Watch Uygur break down the "Jerk of the Year" results, as posted on Wednesday, below.