Chris Rock on racism: 'White people were crazy -- now they’re not as crazy' 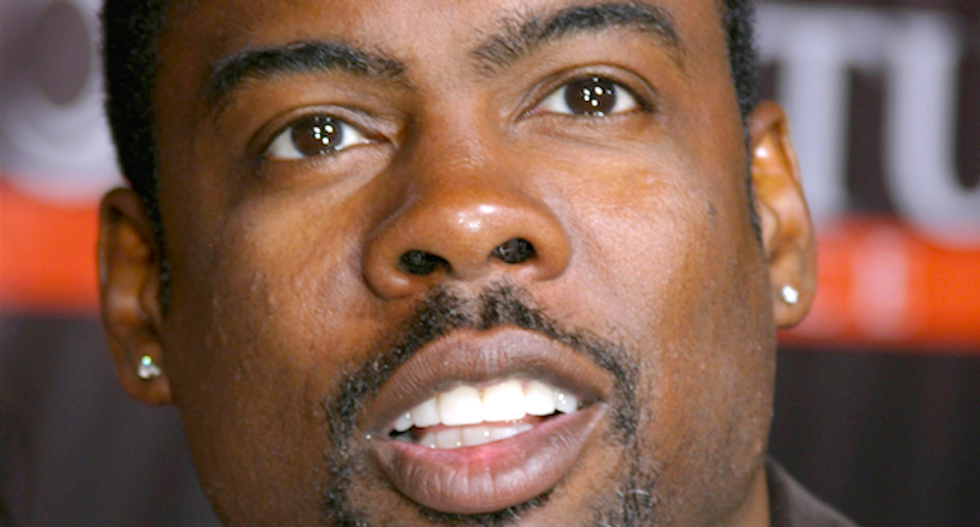 “Here’s the thing,” Rock said. “When we talk about race relations in America or racial progress, it’s all nonsense. There are no race relations. White people were crazy. Now they’re not as crazy. To say that black people have made progress would be to say they deserve what happened to them before.”

Rock, who is promoting his upcoming film, Top Five, told New York/em> magazine columnist Frank Rich that he would love to cover the Ferguson protests as a journalist – but he would use a white reporter as a stand-in to ask only white people racially charged questions.

“Just white people,” Rock said. “We know how black people feel about Ferguson – outraged, upset, cheated by the system, all these things. Michael Moore has no problem getting (outrageous statements) because he looks like them, but the problem is the press accepts racism. It has never dug into it.”

He cautioned white people against congratulating themselves over the election of President Barack Obama.

“If you saw Tina Turner and Ike having a lovely breakfast over there, would you say their relationship’s improved? Some people would,” he continued. “But a smart person would go, ‘Oh, he stopped punching her in the face.’ It’s not up to her. Ike and Tina Turner’s relationship has nothing to do with Tina Turner. Nothing. It just doesn’t.”

Rock used his own family to illustrate how much racist attitudes had changed in recent decades.

“My mother tells stories of growing up in Andrews, South Carolina, and the black people had to go to the vet to get their teeth pulled out,” he said. “And you still had to go to the back door, because if the white people knew the vet had used his instruments on black people, they wouldn’t take their pets to the vet. This is not some person I read about -- this is my mother.”

He contrasted that to the experience of his own children, who are growing up affluent with a black president in the White House.

Rock said white people must own their own racist actions – and the actions of their racist forefathers.

“We treat racism in this country like it’s a style that America went through,” Rock said. “Like flared legs and lava lamps – ‘Oh, that crazy thing we did.’ We were hanging black people. We treat it like a fad instead of a disease that eradicates millions of people. You’ve got to get it at a lab, and study it, and see its origins, and see what it’s immune to and what breaks it down.”