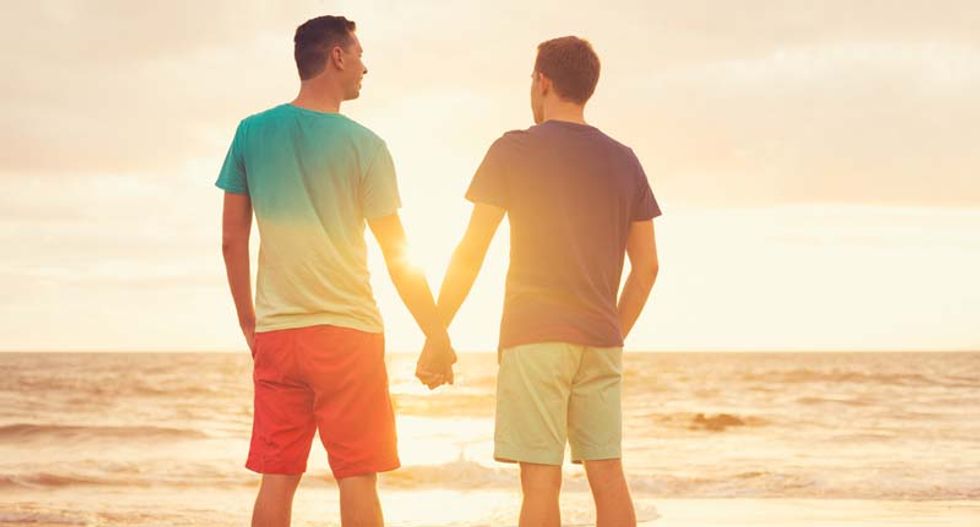 Happy couple at the beach (Shutterstock)

Fearful that they will be arrested, the majority of Florida's clerks of the court will refuse to issue marriage licenses to same-sex couple in January, reports the Associated Press.

According to a survey conducted by the Associated Press, 46 of the 53 clerks who responded said they will not issue the licenses after receiving guidance from an association representing the clerks stating it does not believe a recent judge's ruling permitting same-sex couple to wed extends beyond Florida's Washington County.

Licenses are supposed to be available to same-sex couples on Jan. 6, following a recent court ruling.

According to the clerks association, it has asked for clarification from U.S. District Judge Robert Hinkle regarding his decision ruling the state's same-sex marriage ban unconstitutional.

Hinkle's ruling came in response to a lawsuit filed in Washington County by two men seeking to marry.

One clerk, Osceola County's Armando Ramirez, said he would issue the licenses.

Calling it a matter of not discriminating against a minority group, Ramirez said, "We won't waste any time," and stated his office would begin issuing marriage permits for same-sex couples one minute after midnight on Jan. 6.

Gay rights groups disagree with the association's interpretation of Hinkle's ruling, and have threatened legal action if  couples are denied marriage permits. On Wednesday, gay rights group Equality Florida, sent out a memo to Florida's 67 clerks of courts stating that clerks are required to stop enforcing Florida's ban on same-sex marriage in two weeks.

"We are prepared to fight," said spokesperson Sharon Kersten.