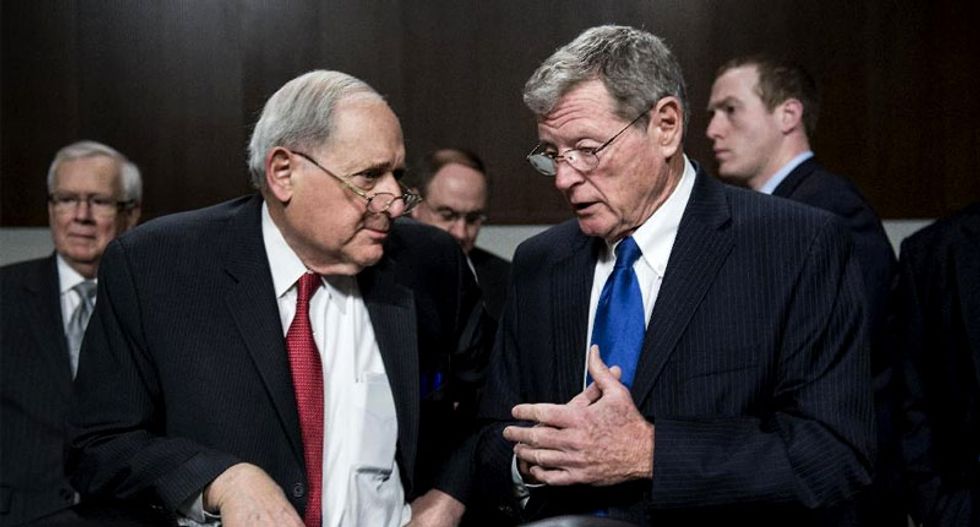 US congressional negotiators late on Tuesday approved an emergency funding package to pay for military operations against the Islamic State jihadist group in Iraq and Syria, and a vote is expected in the coming days.

A plan to train and equip moderate Syrian rebels, proposed by President Barack Obama, is also expected to be extended. Lawmakers in September had approved it to last only until December 11.

The armed services committees of the House of Representatives and the Senate late Tuesday released the final text of the defense authorization act for the 2015 budget year, which runs from October 2014 to September 2015, after months of negotiations.

The House should adopt the bill by the end of the week, said Democratic Senator Carl Levin and his Republican counterpart James Inhofe. It then goes to the Senate.

The text includes $3.4 billion for the deployment of US forces as part of operation "Absolute Determination" and $1.6 billion for a program to equip and train Iraqi Kurd forces for two years.

The plan to finance moderate Syrian rebels is to come from existing Pentagon money.

In another area, the law extends restrictions on the closing of the US prison in Guantanamo Bay, Cuba. The ban on transferring detainees from the prison to the United States, in force since 2011, was renewed despite opposition from Obama.

Congress bars the Pentagon from transferring Guantanamo detainees to the United States. Republicans fear they might be freed by a judge and thus constitute a threat to national security.

Thirteen prisoners have been sent to other countries this year, and 142 men remain in the prison.

Overall the defense authorization bill calls for $584 billion in military spending for fiscal 2015, including $63.7 billion for overseas operations in Afghanistan, Iraq and elsewhere.

Defense spending accounts for just over half of all the US government's budget for so-called discretionary spending, which excludes social welfare.