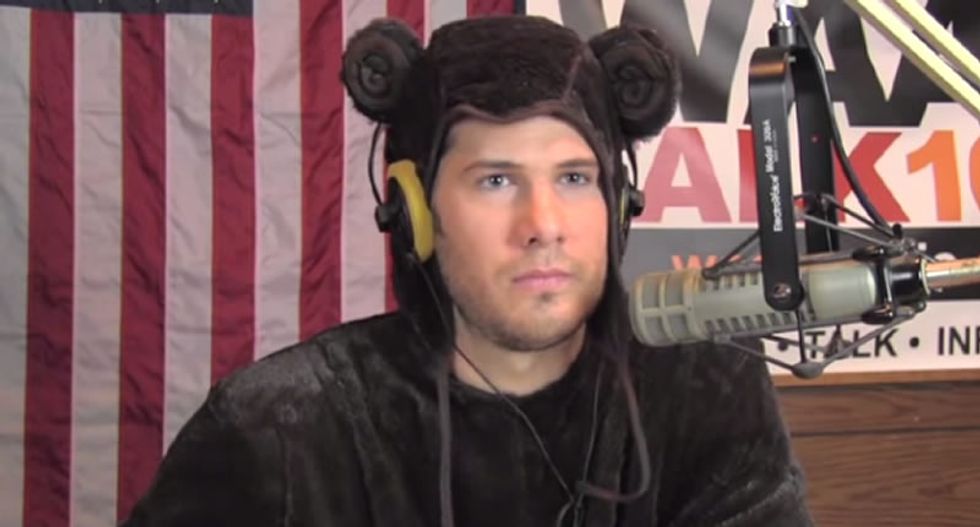 Responding to an interview in which he said that white people need to "own their actions," conservative comic Steven Crowder attacked Chris Rock for "being a racist jackass."

"I hate to be in the business of questioning comedians," he began. "Comedy is comedy, and just like any form of art, it shouldn’t be viewed through the lens of journalism. The problem here is that Chris Rock wasn’t doing comedy. He was giving a deliberate answer in an attempt to affect cultural change."

Crowder then asked how many hundreds of years white people needed to "own" before they atoned for the evils of American chattel slavery.

He also noted that black people were "the original" slave-traders, and asked whether Rock wants black Americans to "own" their actions as well. "Is it limited to color, actual race or geographic location?" he asked.

Crowder then compared Rock to the French Enlightenment thinker Voltaire, who he describes as having "held [prejudices] against people of color. It was wrong for him to be racist, of course, but one of his misguided reasonings (among many) was that he believed blacks to be less than humane, due to their treatment/enslavement of other Africans. The main difference in historical contexts between his racism and yours, is that he was unfairly applying a generality to a race of people currently abusing their fellow humans. You apply your generality based on that of past actions."

"Both are terrible," he added. "Yours is just worse."

He concluded by conceding that Rock is, in fact, "a funny guy," but "also a hateful one. I’d say stick with what you know, but I’m scared as to which one you’d pick, so how about I just spell it out for you?"