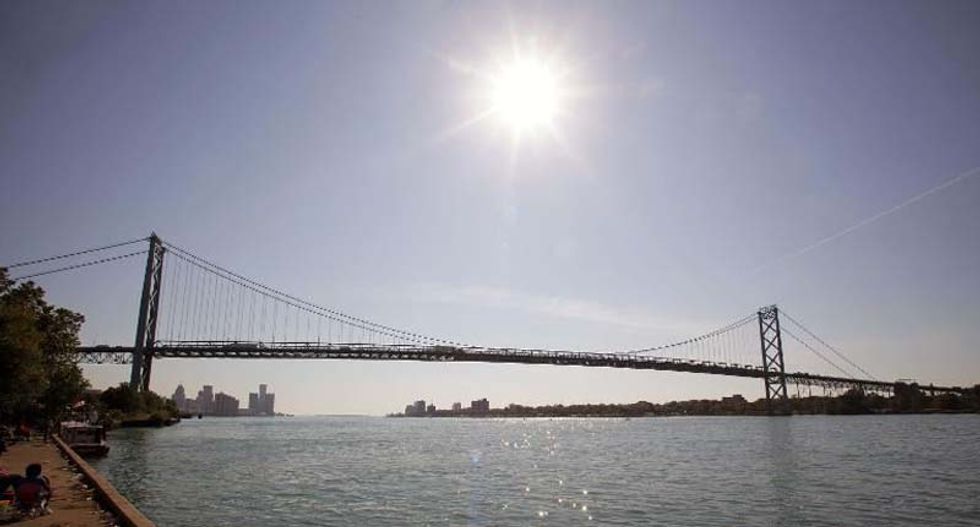 US officers have shot and wounded a Canadian man who was waving a handgun as he crossed The Ambassador Bridge, which links Detroit to Windsor in Canada (AFP)

US officers shot and wounded a Canadian man as he crossed a border bridge into the United States while waving a handgun, officials said.

US Customs and Border Protection said that the man, who was not identified, stopped his car around 3:00 am (0800 GMT) near an inspection booth on the Ambassador Bridge that links Detroit, Michigan to the Canadian city of Windsor in Ontario province.

"CBP officers ordered the man to drop his weapon to which he did not comply," continuing to walk toward them, spokesman Kris Grogan said in a statement.

"After pointing the weapon in the direction of the officers, CBP officers fired upon the individual, who fell to the ground."

The man was then treated at a local hospital, from which he was released. He is still under arrest.

The Department of Homeland Security's inspector general and the CBP Office of Internal Affairs are investigating the incident, in collaboration with Detroit police.

CTV television said the man, a Windsor native, has had previous run-ins with the law in Canada.

Just minutes before the border incident, Windsor police had an encounter with the same man again holding a gun in the parking lot of a McDonald's fast food restaurant, according to CTV.

As he walked toward the McDonald's, police ordered the man at gunpoint to drop his weapon. The suspect then turned toward the officers and pointed his firearm at them.

"Why haven't you shot me yet?" he asked, CTV said citing police. The man then entered his vehicle and drove over the sidewalk and curb.