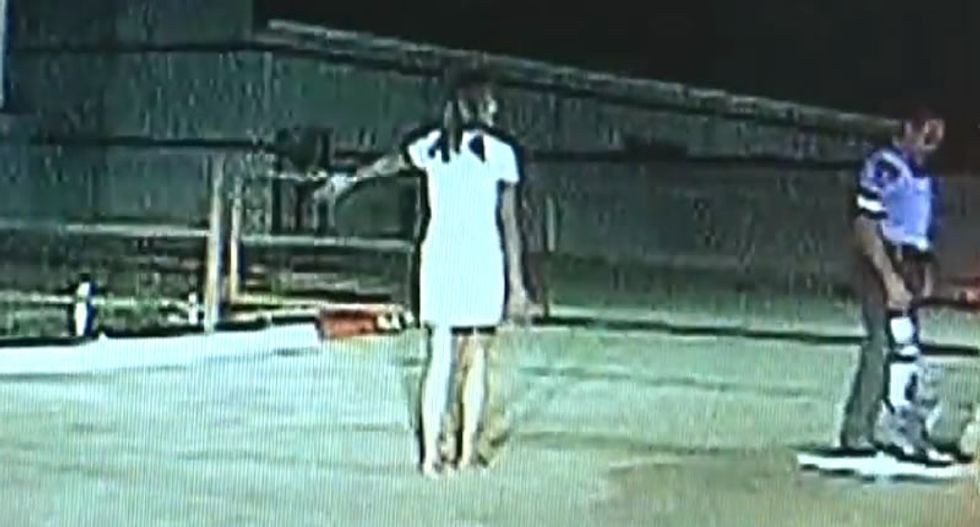 Citizens of a Texas border town are incensed after dashcam footage shows that a judge whose DWI charge was dropped for lack of evidence clearly failed a field sobriety test, KGBT reports.

Thirteenth Court of Appeals Justice Nora Longoria was arrested in July on suspicion of driving while intoxicated.

According to the police report, Longoria was driving 70 mph in a 55-mph zone. When the officer pulled her over, she slurred her speech and smelled of alcohol, so he administered a field sobriety test -- which she failed.

Longoria begged the officer to "please let me go home. I live a couple of miles away. You are going to ruin my life. I worked hard for 25 years to be where I am today." She then refused to be handcuffed, allegedly telling the officer that if he wanted to arrest her, he would have to drag her to his patrol car.

When she went into court in November, however, Judge Rolando Cantu dismissed the charges because prosecutor Rene Guerra said that the district attorney's office didn't have enough evidence to prosecute -- because there was no dashcam footage of her arrest.

On Friday, however, McAllen police released the dashcam video from the night of Longoria's arrest, and in it she can clearly be seen yelling at the officer and struggling to walk in a straight line.

McAllen police claimed to be unaware of why the prosecution in Longoria's case did not have the footage.

Watch the raw footage of her failed sobriety test below via KGBT on YouTube.