David Koch claims he is not evil, is wrong 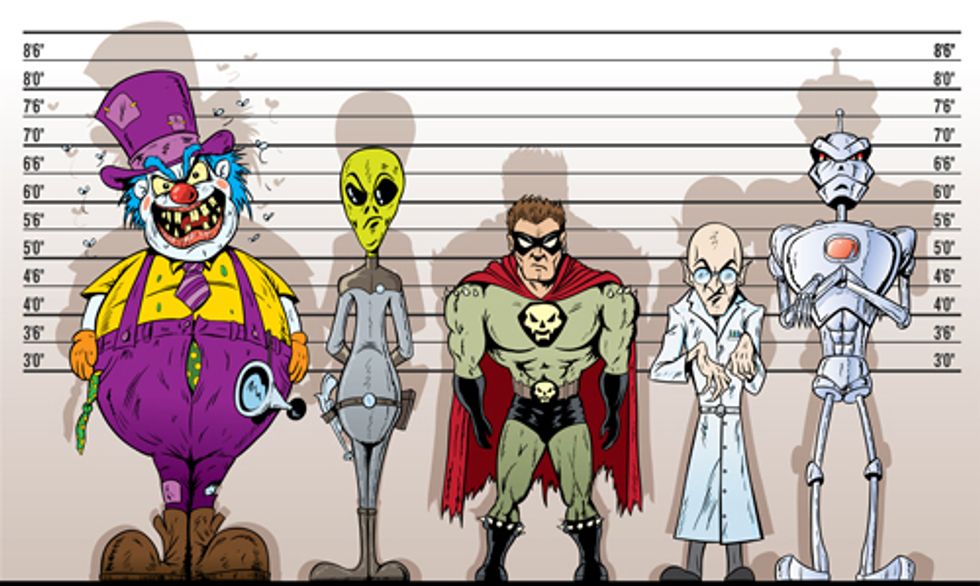 What's the point of being evil if you can't relish it?

Is there anything funnier than a truly evil person whining that he's misunderstood? I don't usually consider people truly evil very often, but people who deliberately try to confuse the public about reality---climate change denialists, rape denialists, Holocaust denialists---for their own nefarious ends definitely cross the line into truly evil. And that includes the the Koch brothers, oil billionaires who spend boggling amounts of money trying to trick people into thinking that global warming isn't real. All to protect their own interests even though, as billionaires, they could literally give up ever making another dime and wouldn't even really notice because they are so rich there is no way to spend it all, even if they wanted to. But David Koch just wants our love:

During her interview with Koch for ABC's "The Ten Most Fascinating People of 2014," Barbara Walters told the reclusive billionaire that he wasn't "well liked" because of his conservative politics.

“I’m basically a libertarian and I’m a conservative on economic matters, and I’m a social liberal,” Koch responded.

Walters then asked Koch why he uses his wealth to elect socially conservative candidates if he supports gay rights and a woman's right to choose.

"Well, that's their problem. I do have those views," he said.

"What I want these candidates to do is to support a balanced budget,” he added. “I’m very worried that if the budget is not balanced that inflation could occur and the economy of our country could suffer terribly.”

Asked whether he thought it was fair that he's able to influence elections because of his vast wealth, Koch said that he obeys federal limits on how much he can contribute to individual candidates.

But Koch and his brother, Charles, also donate large sums to support the arts and other philanthropic causes. Walters asked why, then, Koch has developed a reputation as an "evil billionaire."

"Well, I don't understand that," he said.

Here's the thing about men like David Koch: Making money is basically just a video game to them. For the rest of us, making money is about being able to pay for things we need and want, such as rent and food and actual video games. But David Koch has made so much money that he literally cannot spend it all. There is nothing he would want to buy he cannot already afford. The only purpose at this point in making more money is for the pleasure of beating your high score. In other words, it really is just a very consuming video game. But unlike when you kill people in Call of Duty or crush candies in Candy Crush, the game David Koch is playing is very real. Millions of people will suffer and die because he wants to "win" his video game by manipulating the public to avoid taking action on global warming. That is evil and hateful and selfish on a level that puts the word "selfish" to shame.

And no, being pro-choice and pro-gay doesn't make up for it. That's like having a hobby of strangling kittens and then saying it's all good because you donate clothes to Goodwill once in awhile. Worse, actually, because David Koch isn't actually pro-choice in any meaningful sense, because he gives money to anti-choice activists, as documented by Adele Stan at RH Reality Check. The Koch brothers give money to right wing umbrella groups, who then give it to anti-choicers. Why is fairly obvious. This is about manipulating misogynist, anti-sex hysteria in order to elect politicians who are on board with the anti-environmentalist agenda. A manipulation that is, in itself, evil on a couple of levels, both because you're manipulating people and because you're engaging bad people who have bad motivations to hurt and control others. It's terrible, hateful behavior all the way down.

So, no, David Koch. I decline to indulge your pity party. If you don't want people to think you're evil, stop being evil.