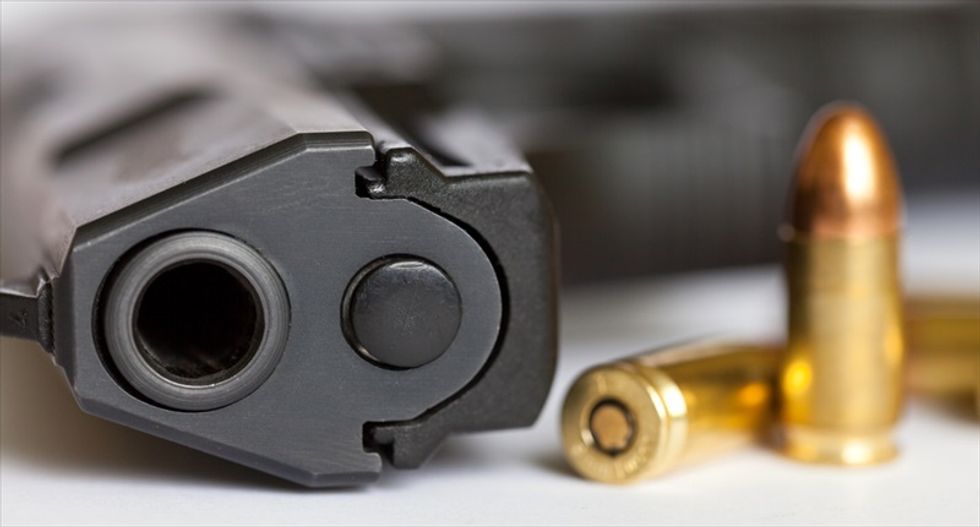 The employee, Eugene Harvey, was charged with entering an airport in violation of security requirements and gun-trafficking for bypassing Transportation Security Administration (TSA) personnel and getting the weapons onto a Dec. 10 flight from Atlanta.

Authorities recovered the firearms and ammunition that same day, when they arrested Mark Quentin Henry. Henry reportedly admitted to taking the guns in his carry-on bag. Seven of the guns were allegedly loaded at the time of Henry's arrest

ABC News reported that Henry boarded the flight using "buddy pass" privileges his mother had accrued while working as a gate agent for the airline. She is currently retired. Cell phone records subsequently led investigators to Harvey.

"Delta is cooperating with authorities in this investigation," the airline said in a statement. "We take seriously any activity that fails to uphold our strict commitment to the safety and security of our customers and employees."

Henry also allegedly supplied 129 firearms, including two machine guns, to an undercover officer. It is not clear whether any of those weapons were on the Dec. 10 flight.

Watch WSB's report, as aired on Monday, below.