Drinking while pregnant is not a crime, UK court finds 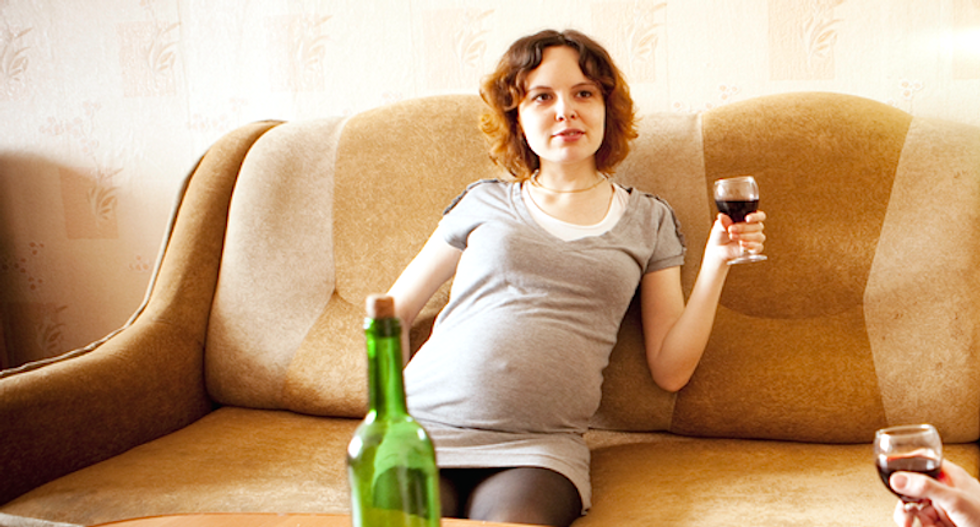 A British court on Thursday ruled that heavy drinking during pregnancy should not be considered a "crime of violence" against the child in a case that had raised concerns about criminalizing mothers.

The case was brought by a local authority applying to the government's criminal compensation authority for damages on behalf of a seven-year-old girl in its care who has severe disabilities after her mother drank heavily while pregnant.

"We have held that a mother who is pregnant and who drinks to excess... is not guilty of a criminal offense under our law if her child is subsequently born damaged as a result," the ruling said.

The local authority's lawyers had argued that the mother was "reckless" in her behavior by drinking up to half a bottle of vodka and eight cans of strong lager a day while she was pregnant.

While they do not suggest the damage was deliberate, they say she discussed her drinking with professionals and "went on to take the risk."

The ruling centered on whether a fetus can be considered a person under English law.

The case has sparked heated debate over the dangers of alcohol and the rights of women and fetuses in a country where abortion has been legal since 1967.

While there was no suggestion of charges against the mother, women's rights groups had warned that it risked opening the door to police action against other pregnant women with alcohol problems.

Ann Furedi, head of the British Pregnancy Advisory Service, and Rebecca Schiller, co-chair of Birthrights, hailed the decision saying: "This is an extremely important ruling for women everywhere.

"The UK's highest courts have recognized that women must be able to make their own decisions about their pregnancies," they said in a joint statement.

The Court of Appeal judgement caps a five-year legal battle between the council and the Criminal Injuries Compensation Authority (CICA).

The CICA considers applications for damages involving behavior that could constitute a crime, in this case the alleged reckless administration of a noxious substance to the fetus.

The girl, known only as CP, has a severe form of fetal alcohol spectrum disorder (FASD), an umbrella term which covers a range of disorders varying from reduced intellectual ability to heart and kidney problems.