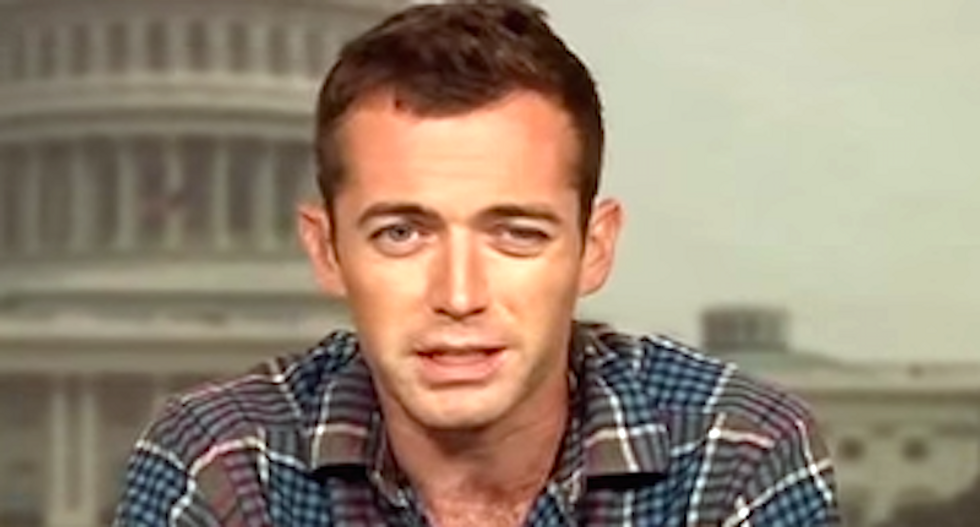 Internal emails show the FBI worked to knock down rumors and conspiracy theories that circulated following the death last year of journalist Michael Hastings in a car crash.

The claims went mainstream after WikiLeaks tweeted the day after the June 18, 2013, crash that Hastings had contacted the group’s attorney, claiming the FBI was investigating him.

The FBI was contacted by numerous journalists and others asking whether the agency had been investigating the investigative reporter prior to his death at age 33.

Dozens of internal emails obtained through a Freedom of Information request by VICE News and Ryan Shapiro, a doctoral candidate at the Massachusetts Institute of Technology, shows how the FBI took steps to dispute the suggestions that Hastings’ death was not an accident.

"We're getting slammed with inquiries regarding what appear to be conspiracy theories surrounding Michael Hastings car crash," Laura Eimiller, a spokeswoman with the FBI's Los Angeles field office, wrote to her counterpart with the LA Police Department two days after the reporter’s death.

"We're trying to rule out, if possible, any suggestion that Hastings was targeted by someone with the crash based on his alleged involvement as a witness or target of an FBI investigation,” Eimiller continued. “I think we're triple-checking but it doesn't appear he was under any sort of investigation."

The Los Angeles police spokesman, Andy Neiman, told her that investigators had not found any evidence to suggest “fowl play [sic]” in the single-car crash.

The reporter’s brother later said his family was satisfied with the investigation into the crash and dismissed the claims of “Michael Hastings truthers.”

Eimiller sent out an “Urgent Media Issue” bulletin to special agents on June 20, 2013, with a link to a New York magazine article on conspiracy theories about Hastings’ death.

She told the agents that the reports had drawn the interest of then-FBI Director Robert Mueller and the Department of Justice, and she said top officials in the agency wanted the conspiracy theories to be debunked if they were inaccurate, VICE reported.

FBI intelligence analysts were asked to search “all systems” to find out whether Hastings had been under investigation, and agents said they found no evidence of one.

The agency’s criminal division also said Hastings had not attracted their attention.

The FBI eventually issued a statement that read: "At no time was journalist Michael Hastings ever under investigation by the FBI."

An earlier draft, written by the spokesman for the bureau’s headquarters, indicated that the FBI “at no time” had ever investigated “anything related to his work as a journalist,” but a Justice Department spokeswoman suggested the change.

The FBI did have one file on Hastings’ work, which the bureau’s Washington office opened on June 11, 2012, related to “unclassified media articles” published several days earlier by Rolling Stone on the disappearance of U.S. Army Sgt. Bowe Bergdahl.

The three-page file was found in a “cross-reference” file on an international terrorist investigation related to the soldier’s disappearance, VICE reported.

It’s not clear why the documents failed to turn up in the earlier search, but they were turned over about two months after Hastings died.

Watch this interview with Hastings posted online by The Young Turks: