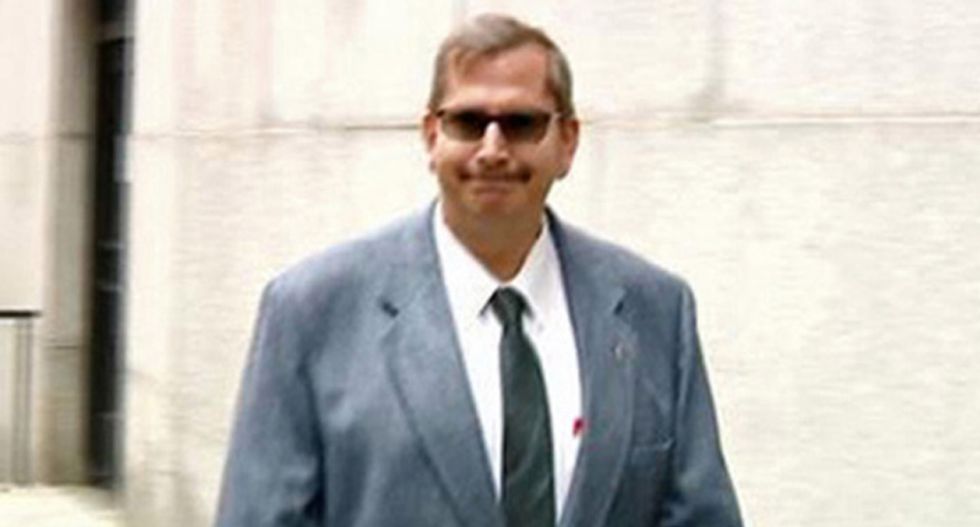 A former Pennsylvania police chief, serving time in prison for extorting nearly $8,000 from undercover FBI agents he thought were drug dealers, has asked a federal judge to reduce his sentence, saying he has found God behind bars, reports KDKA.

East Washington Borough police chief Donald Solomon pleaded guilty and was sentenced to 11 years in prison in January, 2013, for extorting $7,800 from two FBI agents believing they were drug dealers, telling them "I'm the best cop money can buy."

Solomon provided the agents with protection during two staged drug deals and promised to buy them police-issued stun guns.

Solomon's public defender, Elisa Long, argued in a memorandum submitted to the court that the former police chief's sentence should have been between 30 to 37 months.

Long has requested a further reduction in sentencing, saying in the words of his pastor, Solomon "has seen the error of his ways and done everything in his power to rehabilitate himself." Attached to the court memorandum, Long included certificates showing Solomon has completed spiritual and rehabilitation programs at the federal prison in Oakdale, Louisiana.

Long also stated that Solomon's troubles began after his wife divorced him, and that his low-paying police job and lack of benefits put him into debt causing him to be depressed.