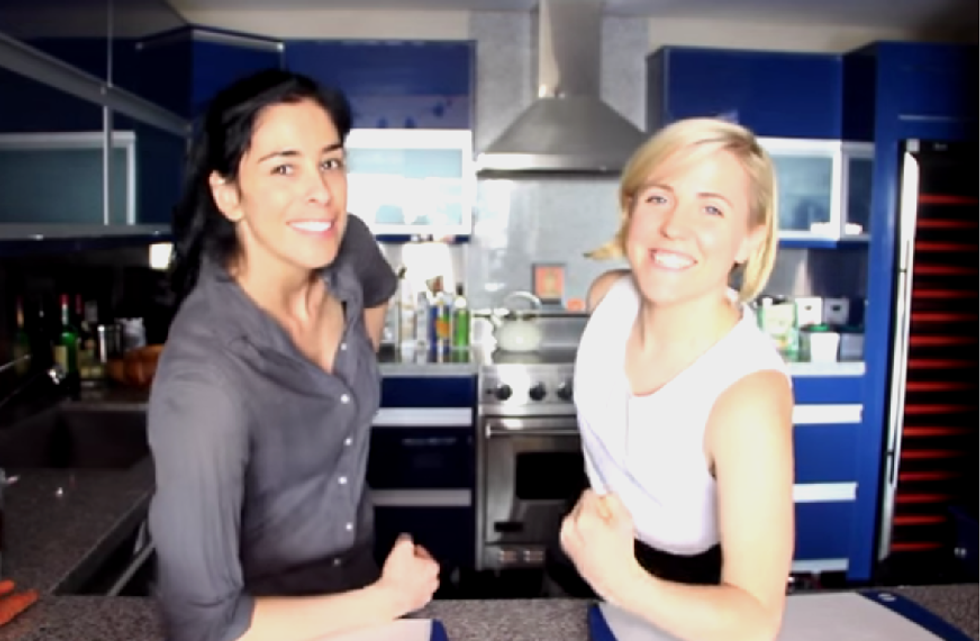 In the video embedded below, comic Sarah Silverman joined YouTube sensation Hannah Hart of "My Drunk Kitchen" fame for a special edition of the show in which Silverman and Hart got stoned instead of drinking, then went on to show how to make a vegetable pot pie.

"Sarah Silverman and Hannah Hart," said Hart early in the clip. "That's what this one is: 'My Drunk Kitchen, Unlikely Friendships.'"

"How come people think alcohol is better than weed," Hart asked, "when the worst thing that could happen to me on a Sunday and I end up smoking is that I listen to too much jazz?"

And remember, as Hart says, "What doesn't kale you, makes you stronger."