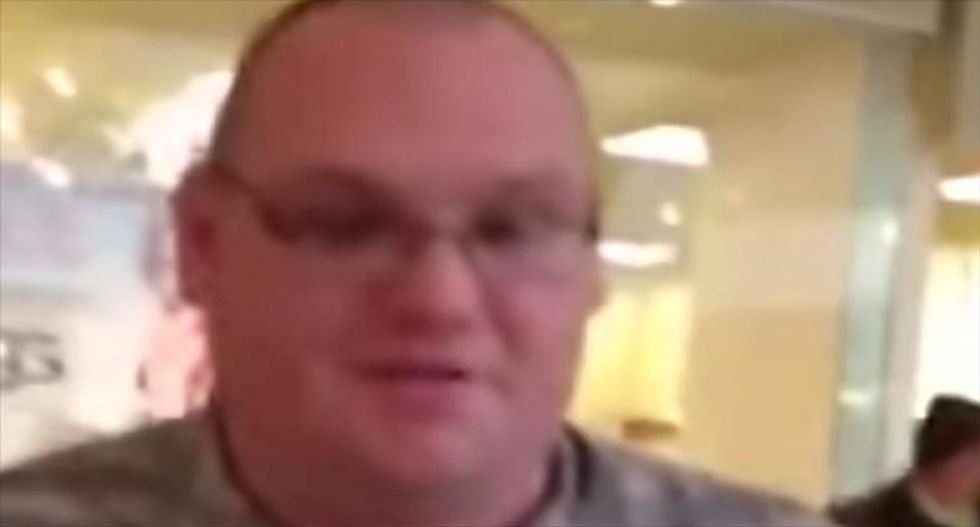 A 30-year-old Pennsylvania man could face a federal investigation after being called out on video for impersonating an Army veteran, WCAU-TV reported.

The footage of the encounter has reportedly amassed more than 2.8 million views online since being posted by 26-year-old Army Sgt. Ryan Berk. Berk, who earned a Purple Heart award for his service in Afghanistan, encountered the man while shopping at a mall in Langhorne with his girlfriend and his son on Nov. 28.

"To have this guy then pretend that he's done the same thing on the caliber that my friends did, it just gets you infuriated," Berk said.

The Bucks County Courier Times identified the man Berk filmed as Sean Yetman, and reported that Yetman pleaded guilty in 2003 to charges of impersonating a public servant for wearing a coat belonging to Philadelphia police officer Robert Hays, who died in the line of duty in 1995.

The video begins with Berk asking to speak to Yetman, explaining that his son "admires guys in the Army." Berk then begins asking about his service record and uniform.

Berk then asks about Yetman's three "CIBs," short for Combat Infantryman Badges. Yetman tells him that he received one for serving in Iraq, another for serving in Afghanistan, while the third is "from my second rotation back to Afghanistan."

"You know no matter how many you do, you can only get one," Berk tells him.

After Yetman says that he gave his combat patch "to a little kid," Berk presses him on the location of the American flag patch on his "uniform," saying it is sitting too low.

"Got me on that one, bud," Yetman says, before pulling the patch higher.

Berk continues to catch Yetman in misstatements about his supposed service, until Yetman starts to walk away.

"Why don't you just admit you're a phony?" Berk asks him. "You know it's illegal, right?"

"Let me tell you something: if I was a phony, then I wouldn't be wearing this uniform," he responds.

"I just called you out on about 10 different things, and all of them are bullsh*t," Berk retorts. Yetman then tells him again that what he is doing is illegal.

"I've worn that uniform, and I've had friends get killed in Afghanistan wearing that f*cking uniform," Berk says. "You're full of sh*t."

The New York Daily News reported that state Rep. Mike Fitzpatrick (R) contacted federal investigators after seeing the video. The Army confirmed that Yetman has no affiliation with the service.

According to the Courier Times, Hays' widow did not know how Yetman acquired the jacket and a badge belonging to her husband. A woman who answered the door at Yetman's house said he has lost his job since the video appeared online.

"We are now hearing death threats. All of this has us concerned for our children and their safety," his fiancee told the Army Times in an email. "He is a good man with a very big heart and this backlash has spiraled him into a deep depression."