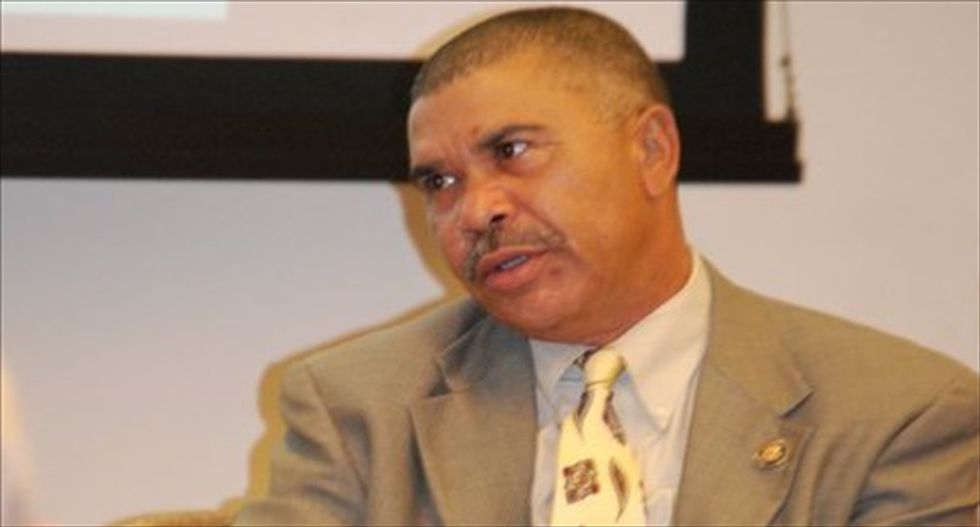 The U.S. congressman for Ferguson, Missouri, said on Thursday he hopes the Justice Department disbands the city's police department after the recent shooting of Michael Brown, and turns law enforcement duties over to St. Louis County Police.

Representative Lacy Clay, a Democrat, said he believes the Aug. 9 shooting of Brown by Ferguson officer Darren Wilson is only one example of the mostly white department's "oppressive" treatment of blacks.

The Justice Department is still conducting its own probes into Brown's death and the Ferguson police, despite a St. Louis County grand jury's decision not to prosecute Wilson.

"With the patterns and practice investigation, I would hope that the Ferguson Police Department would be dissolved and the duties and responsibilities of policing Ferguson would be turned over to the St. Louis County police," Clay said in an interview.

"They are working toward being a more diverse police force, St. Louis County is. And I think they have a little more professionalism, as well as training necessary to police diverse communities," Clay said.

The Congressional Black Caucus member whose district also includes St. Louis city, said county police have successfully taken over the duties of other troubled police forces in the region, including that of neighboring Jennings, Missouri, in 2011.

He said such small municipal forces are overly dependent on traffic ticket revenue and stop a high proportion of black motorists, adding: "They're balancing their budgets on the backs of poor people."

Clay had been highly critical of the "militarized" tactics of both St. Louis County and Ferguson police to protests that erupted in the days following Brown's shooting. Missouri Governor Jay Nixon later put the Missouri State Highway Patrol in charge of keeping the demonstrations peaceful.

In the wake of a New York grand jury's decision not to indict a white police officer in the choke-hold death of an unarmed black man, Clay called for changes to the way police-caused deaths are investigated.