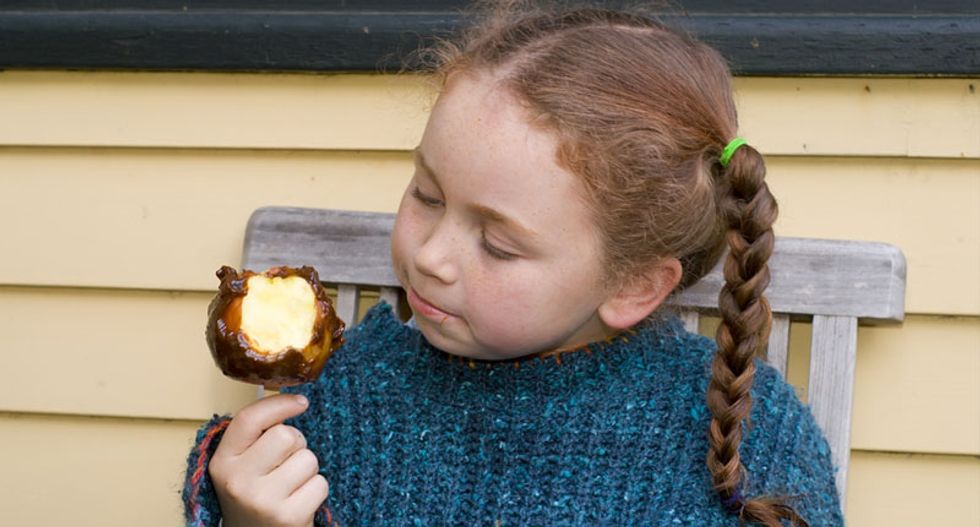 Five people have died and 21 others have been hospitalized in recent weeks in a listeria outbreak linked to caramel apples, federal health officials said on Friday.

A total of 28 people infected with listeria have been reported from 10 states, according to a statement from the U.S. Centers for Disease Control.

The CDC warned consumers not to eat any pre-packaged, commercially-produced caramel apples, including those with other toppings such as nuts, chocolate or sprinkles, until more information is available.

Of the 28 victims, 26 were hospitalized and five of those people died, the CDC said, adding that listeriosis contributed to at least four of the deaths. Nine of the cases involved a pregnant woman or her newborn infant, it said.

No illnesses related to the outbreak have been linked to apples that are not caramel-coated and are not prepackaged, or to caramel candy, the CDC said.

The states include Missouri and New Mexico, which each had five cases; Minnesota, Texas and Arizona, with four cases each; Wisconsin, with two cases; and Washington, California, Utah and North Carolina, with one case each.

The cases were diagnosed in late October and November, the CDC said, adding that cases after December 3 might not yet be reported.

In Minnesota, those who fell ill bought caramel apples from Supervalu Inc's Cub Foods, Kwik Trip and Mike's Discount Foods, which carried Carnival brand and Kitchen Cravings brand apples, state health officials said. These two brands are no longer being sold, but health officials are concerned that people who bought them may still have them in their homes.