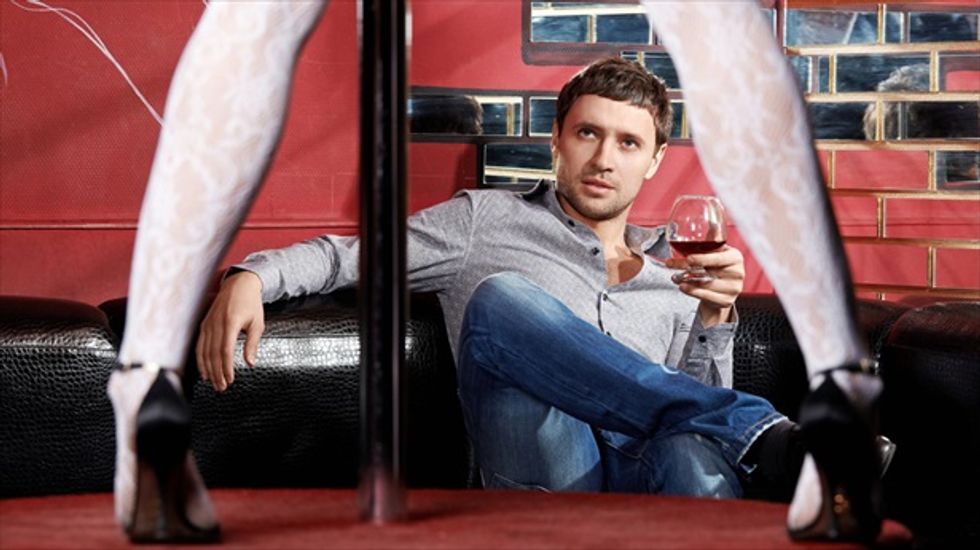 'Man Looks At A Striptease In Club' [Shutterstock] http://tinyurl.com/kdf3r4x

A for-profit Florida college used exotic dancers to recruit students and faked high school diplomas and attendance records to qualify its pupils for millions in federal financial aid, according to a civil complaint.

FastTrain, which once operated seven campuses across Florida, fraudulently secured grants and loans for students, state and federal prosecutors said, announcing plans on Wednesday to join a whistleblower case against the defunct school and its owner.

The school promised a free education in recruiting some students to its inner-city campuses, authorities said in the civil complaint.

From 2009 to its closing in June 2012, FastTrain received some $35 million in federal funds, including Pell Grants, providing federal aid to the neediest families. The U.S. government is claiming damages of more than $6 million.

"To generate as much revenue as possible, FastTrain would fill its classes with ineligible students," the complaint said.

Students who never graduated from high school received fake diplomas, the complaint charged, or were coached to lie about their status on financial aid applications.

That helped qualify them for federal student aid they would not otherwise have received, authorities said.

School owner Alejandro Amor, 56, of Coral Gables, Florida, and other associates were also charged earlier this year with crimes including conspiracy to steal government funds.

His attorney could not immediately be reached for comment.