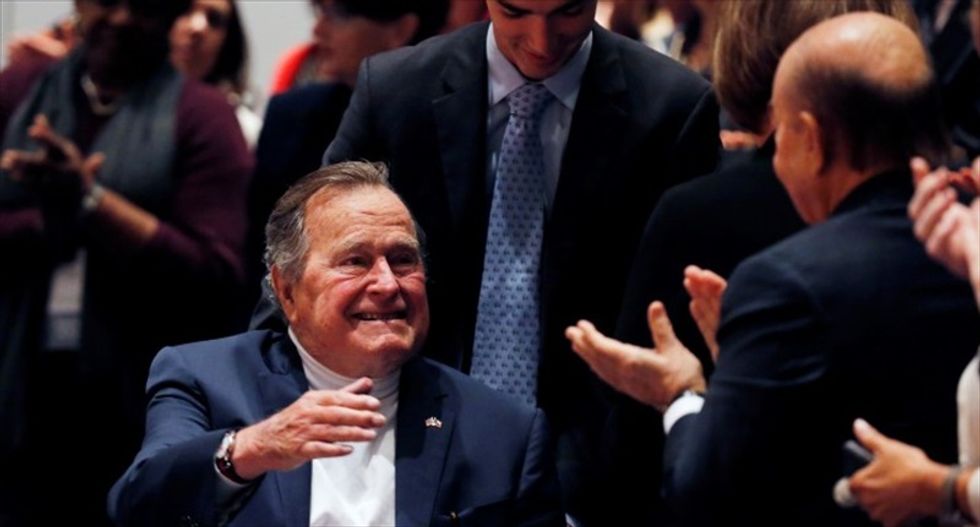 Former U.S. President George H.W. Bush, 90, was hospitalized in Houston, Texas, late on Tuesday after experiencing shortness of breath, a spokesman for the 41st commander-in-chief said in a statement.